Kayak Fishing Along the Gulf Coast 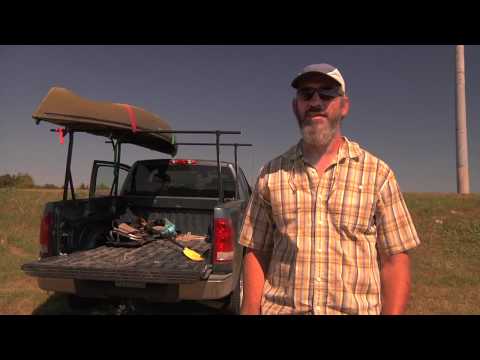 More and more people are discovering a sporting life without dirty fossil fuel. On the coast of the Gulf, in the shadow of the drilling rigs, you can find sportsmen using paddle power to connect with nature and find the “Big One.”

In Louisiana, where the coast largely consists of shallow wetlands and marshes, kayaks often offer anglers the best access to the fishing grounds. Because they draw such little water and can be put in along any roadside, they actually offer advantages over powerboats, being able to go where motorized vessels can’t. With growing popularity in the state, there’s even a kayak fishing club (Bayou Coast Kayak Fishing Club) and a number of kayak fishing tournaments. On just about any given weekend, kayak fishermen can be found putting in along Louisiana Highway 1, along Lake Pontchartrain and in the brackish marshes all around the state.

Participants in the sport say it’s not just about getting better access to the fish but about using less fuel and cutting back on the impact on the state’s fragile wetlands. Unlike motorized mud boats and powerboats which often cut large trails through the reeds, a kayak has a narrower hull and less power which leaves a smaller footprint.

In its purest form fishing is really about connecting with nature, and there is no better way to do so than from a kayak. While higher gas prices helped to spur kayak fishing in the US, its growing popularity is a certainly a byproduct of being able to enjoy an amazing natural resource without polluting it. The ability to sneak up on fish is an absolute benefit, but from the naturalist perspective, it’s more about leaving behind loud, smoky combustion engines so you can fully appreciate pristine surroundings.

Kayak fishing enables anglers to enjoy their time on the water without leaving a carbon footprint. We must strive to protect these valuable resources for future generations. In Florida, kayak trails and no-combustion engine zones have been established to ensure fragile marine ecosystems are protected from propellers and pollution. While there is much debate in the fishing community over the need for these no-motor zones, the fishing to be found there is undeniably prolific.

Back to the future – by Bob Serata

For centuries the native peoples of the Everglades fished and hunted the waters of South Florida using only human power — a push pole or paddle. Dugout canoes could float in just a few inches of water, providing access to hundreds of thousands of acres of marine, fresh water and brackish fishing spots, and a quiet, more natural outdoor experience.

The modern incarnation of the dugout canoe for many anglers, photographers and sight-seers is the sit-on-top kayak (sit-inside kayaks are usually recommended where alligators proliferate). Paddling just inches above the water’s surface, stopping to listen for osprey, roseate spoonbills, herons and egrets, sighting then casting to a bonefish or permit with its tail pointing to the sky as it feeds on the bottom, visiting a world few get to see and leaving no footprint behind are the attractions of kayak fishing.

Everglades National Park and the state of Florida are planning to designate more areas as no-motor zones to slow or altogether stop ecosystem degradation, much of it traceable to motorized craft. Kayaks provide continued access to many of these protected resources in a natural, unobtrusive, fuel-free and exhaust-free manner.