Voters Across the Political Spectrum Agree: Kids Need to Get Outdoors

While Congress hasn’t agreed on much these days, those who elected them sure have.  A national poll of voters from a wide variety of regions, backgrounds and political leanings has indicated that 82 percent of the electorate, conservatives, liberals and moderates alike, believes that the phenomenon of the plugged-in, sedentary, indoor childhood is a “serious” problem.  Those who believe it to be an “extremely or very serious” problem make up 50%.

The poll, released by The Nature Conservancy, also links an inherent sense of pride with our enjoyment and protection of the outdoors.  It found that, from “Tea Party Republicans to liberal Democrats, more than four-in-five American voters say that conserving our country’s natural resources—our land, air and water—is patriotic.”  In short,

1. Conservation is patriotic, period.  Our ability to utilize and enjoy the great outdoors is a source of joy and pride to us as Americans.

2. If we fail to ensure that our children are getting outdoors on a regular basis, and thereby improving their physical and mental well-being, chances for academic success and interest in pursuing STEM careers, their future could be a bleak one.

To this end, we at NWF are working to pass the Healthy Kids Outdoors Act, which supports state, local and federal strategies to connect youth and families with the natural world, with an eye toward improving children’s health and supporting future economic growth and conservation efforts.

In addition, with encouragement from the Outdoors Alliance for Kids, of which NWF is a founding member, First Lady Michelle Obama’s Let’s Move! campaign released this video last week encouraging families to get active in the great outdoors. 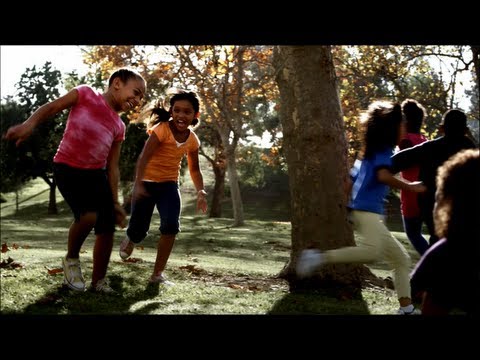 Now is the time for all of you go-getters to listen up and follow suit.  After all, as is the case for us and our compatriots, it is much easier to make the case for connecting kids to nature when it is a priority shared outside of Washington.  If voters understand how much is at stake in making sure all kids have safe access to the outdoors, so should Congress.

Students and Nature | Get Outside, kids and nature, public lands, The Nature Conservancy