How to Live Responsibly Alongside Our Wild Neighbors

Urban ecosystems are increasingly becoming critical habitats for wildlife. It’s time we embrace it, roll out the welcome mat and find ways to live responsibly alongside our wild neighbors. This list is simply a starting place, please add your advice and tips below!

Collisions with windows is the number one cause of migratory bird population decline. It’s the leading cause of bird mortality, killing an estimated 100 million to 1 billion birds per year. Most of that mortality happens during migration, but birds flying to and from feeders and birdbath are also often victims of window strikes. We can protect birds from these collisions by positioning bird feeders and baths 3 feet or less from your windows. When feeders are close to windows, birds cannot build up enough momentum to injure themselves should they hit your window. Bonus: bird-watching right outside the window!

Example of the recommended placement of bird feeders, 3 feet or less from windows. Photo courtesy of FLAP.

Another way to prevent window collisions is to decorate your windows, especially during the migratory season. Applying window film or decals is one option, but keep in mind 80% of the window must be covered to be effective.

Make sure about 80% of your window is covered if you choose to use decals. Image courtesy of FLAP.

Keep trash and food sources out of reach of wildlife.

Have you ever been startled by the rustling noises and glowing eyes at night around your garbage bin? Animals are attracted to our garbage as a potential source of food. This scrounging can be avoided by storing waste in wildlife-proof containers (e.g. metal, sturdy lid). If this is not enough to deter critters, try adding motion lights, bungee cords or a twist on lid. Finally, put your trash out the morning of collection to avoid a night raid. 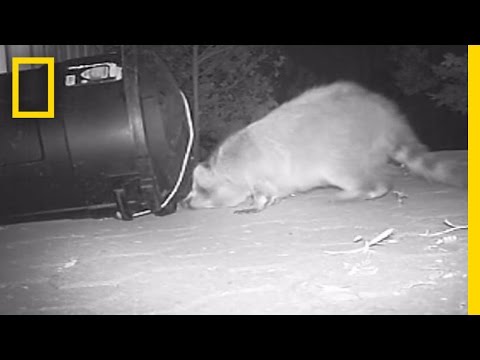 Supervise your pet cats and dogs.

A great number of birds and small mammals are injured by off-leash dogs and especially by free-roaming cats. Domestic cats (both pets and stray or feral animals) take a massive toll on our native wildlife, killing an estimated 3.7 BILLION birds and other small animals each year. The solution is to prevent your dogs and cats from chasing, attacking or playing with wild animals. If you’re unable to watch your pets outside, consider keeping cats indoors, or dogs on a leash.  I’ll admit I’ve also tried putting my cat on a leash. He didn’t love it, but it kept him from chasing other animals.

Leashes are one solution to keep cats from attacking birds outdoors. Photo by Dani Tinker.

Dead trees (logs and snags) are anything but dead, they’re crawling with life! They provide vital habitat for over 1,000 species in the United States. If you must remove dead trees, please be respectful of any species living inside. Go the extra mile and plant more trees, either in your yard or community!

This marbled salamander was found by National Wildlife Photo Contest entrant Nicholas Kiriazis after flipping a log in Illinois.

Give wildlife a brake.

Wildlife don’t understand the danger of being in the road. When driving in areas with high populations of wild animals, or during migrations of certain species, please be alert. You can also advocate for wildlife crossings or corridors, which safely get wildlife to the other side of the road. For example, right now there’s a campaign to save California mountain lions by building a wildlife crossing!

Respect the “wild” in wildlife.

It’s easy to forget that even if animals aren’t deep in the woods, they are still wild. Never try to approach, touch, feed or make a pet our of a wild animal. In some cases such harassment of wildlife is illegal and even when it’s not, a letting wildlife be wild allows animals the space to continue their typical behaviors (e.g. feeding, nesting, breeding). It also keeps you safe!

Don’t litter or spit gum out. 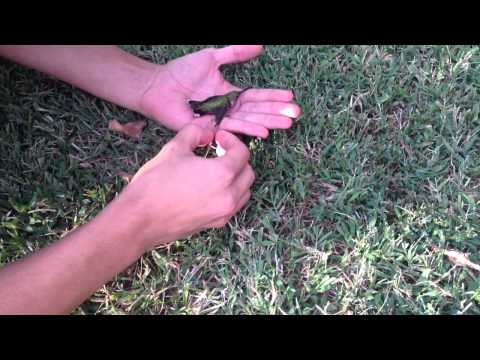 Welcome wildlife to your backyard by adding native plants. This will avoid the negative impacts of non-native species. Consider planting native milkweed, a critical way to help declining monarch populations.

Newly emerged monarchs dry off on milkweed in Missouri. Beginning this month, monarchs will be laying the eggs that develop into the migratory generation. Photo by National Wildlife Photo Contest entrant Lisa Serda-Ansel.

The theme of this year’s National Wildlife Week is “Living with Wildlife,” and the goals are to educate and raise awareness. Take this opportunity and spread the word that we must live responsibly alongside the wild animals in our urban and suburban spaces.

Tweet: It’s National #WildlifeWeek and I think it’s about time we live responsibly alongside our wild neighbors! A few tips: http://bit.ly/1aO2J9w

Doubling Down for Common Ground

11 Years After the Deepwater Horizon Oil Spill and a…

PFAS and the Great Lakes: The Need for Binational Action

Garden Habitats, Get Outside, Students and Nature, Wildlife Facts

Learn About (Not So) Scary Backyard Wildlife