I recently attended the U.S. Army Corps of Engineers’ Asian carp hearing in Traverse City, Michigan, where more than 150 people turned out to urge the government to take immediate, dramatic action to keep the foreign fish from invading the Great Lakes.

The Corps is trying to keep Asian carp in the Mississippi River system from invading the Great Lakes via the Chicago Waterway System. The Chicago Waterway System is one of 15 sites around the region where artificial canals have created unnatural links that Asian carp and other invasive species could use to move between the Great Lakes and Mississippi River watersheds.

Among those who spoke at the Traverse City hearing was David Vogt of Paw Paw, Michigan. Vogt is a longtime Great Lakes angler who became worried about Asian carp invading the Great Lakes after he was hit by a flying Asian carp at the Redneck Fishing Tournament in Bath, Ill.

Here is way Vogt had to say about his experience with these menacing invaders. 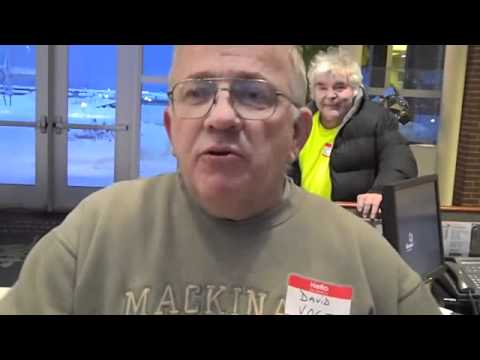 The Corps of Engineers’ next Asian carp hearing will be held Tuesday, Feb. 1 in Cincinnati. Go here to learn how to participate in the public hearings.

You can submit comments online to the Corps urging them to take quick action to protect the Great Lakes.

6 Tips for Feeding Wild Turkeys with Your Garden