Cleaning Up Air Pollution Will Save Wildlife, NWF Tells EPA

The Clean Air Act is under assault on numerous fronts on Capitol Hill. Numerous bills are circulating to roll back the protections we’ve had in place for decades, and the House passed continuing resolution budget legislation is taking a hatchet to the law.

And yet the agency at the eye of the storm that implements most elements of the Clean Air Act, the Environmental Protection Agency, is doing what Americans expect  – taking reasonable, prudent, science based approaches to limiting harmful pollution that have actually proven to improve the nation’s well-being and economy.

EPA is so thorough, that they are going the extra mile by holding listening sessions around the nation as they iron out their plans for reducing emissions from stationary sources like plants. Today’s session was in the nation’s capitol, and NWF’s global warming policy director Joe Mendelson testified on the importance of reining in pollution, particularly carbon pollution that is harmfully altering our climate.

“The Nobel-Prize winning Intergovernmental Panel on Climate Change (IPCC) has stated that 20-30% of wildlife species worldwide are at increased risk of extinction if air pollution that causes and contributes to climate change is not curtailed,” Mendelson told EPA.

Joe’s full testimony is linked below, but you can get a flavor of the proceedings by watching the video, also below.

We need your help.  Click here to take action and send a message to Congress and Obama administration to tell them to stand up for wildlife and rein in pollution. 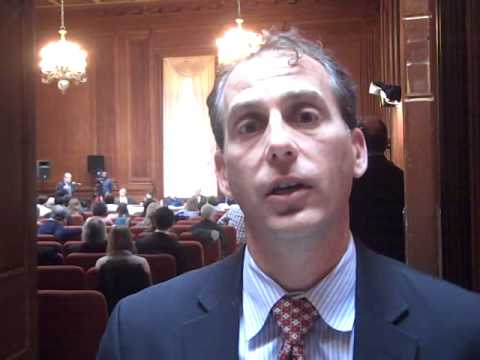