Tar Sands Will Cost You at the Pump Says Economist (VIDEO)

Canadian oil giant TransCanada, which proposes to build a massive, expensive and risky tar sands pipeline must be feeling pretty happy about rising gas prices. Policy makers and the media often accept conventional wisdom that when gas prices rise, we need to double down on dirty fossil fuels. Conventional wisdom is wrong.

How?  By diverting oil that currently goes from the Midwest to the Gulf of Mexico with the proposed Keystone XL pipeline, farm belt and heartland states would have their supply choked, and prices would rise. Verleger also says TransCanada is planning on gains by manipulating markets, which by the way, is illegal.

Lack of oil isn’t the problem. Our oil addiction is the problem.  The Keystone XL pipeline scheme is basically fool’s gold, and in the end everyone will pay more, but families and farmers in the Midwest will get hit hardest.

“American consumers will pay the price of this highway robbery. Food prices will rise because they reflect farm operating costs. In addition, millions of Americans will spend 10 to 20 cents more per gallon for gasoline and diesel fuel as tribute to our “friendly” neighbors to the north,” says Verleger.

This pipeline isn’t a solution to our oil addiction. Clean energy is the long term solution that ends our addiction to fossil fuels, including expensive and destructive tar sludge from Canada.

Below, Nebraska landowner Randy Thompson talks about how the pipeline will put his property and water at risk. “There’s really no reason” for the pipeline he says. 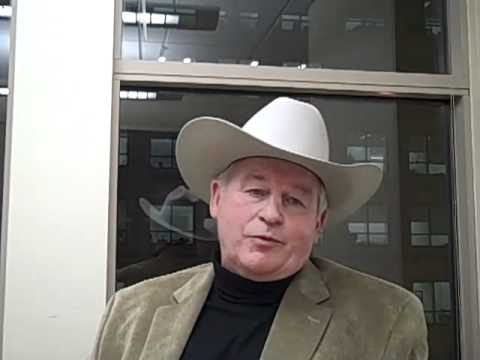