“There Goes Another Piece Of Our Valuable Coastal Louisiana Marsh” (Video)

One year ago on April 20, 2010, the Deepwater Horizon exploded, killing 11 workers. Two days later, the burning rig sank. The ensuing oil gusher would eventually release more than 200 million gallons of oil, costing thousands of jobs along the Gulf Coast and leading to the deaths of thousands of birds, hundreds of endangered sea turtles, and more than 100 dolphins.

On Tuesday, I took a boat trip across the windy waters of Louisiana’s Bay Jimmy with the National Wildlife Federation’s Dr. Doug Inkley and Maura Wood to see the lingering effects of the oil disaster. Far from “gone,” a layer of oil remains in many coastal marshes, and attempts to remove it may be doing more harm than good. Watch: 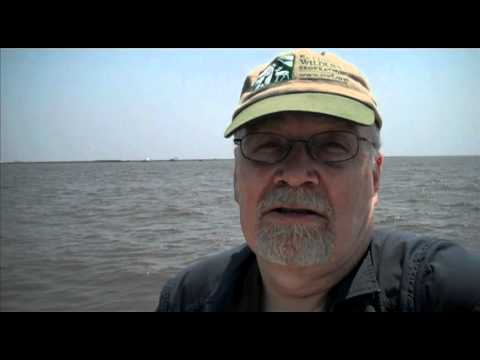 Speak Up for Gulf Restoration

Learn more about the National Wildlife Federation’s response to the Gulf oil disaster at NWF.org/OilSpill.