Clean air advocates urged the U. S. Environmental Protection Agency to act quickly to rein in mercury, arsenic, dioxin and toxic air pollution at EPA’s hearings in Philadelphia, Chicago and Atlanta this week. Hundreds of conservationists, physicians, mothers and fishermen turned out to testify and submit public comments before a panel of federal environmental officials from the EPA on new rules to limit many forms of pollution toxic to people and wildlife.

“It is disgraceful that in the year 2011 I can’t take my grandson fishing on the Susquehanna River and eat the fish he catches because they are contaminated with mercury,” said NWF’s Pennsylvania Outreach Coordinator and former U.S. Fish and Wildlife Service biologist Ed Perry. “It’s about time we stopped poisoning ourselves when reasonable alternatives to reducing mercury pollution are available.”

Proponents of the rules say they will reduce airborne toxins that contribute to respiratory illnesses, birth defects and developmental problems in infants and children. Airborne mercury settles in water, building up in ocean and freshwater fish and other wildlife that are eventually consumed by people. 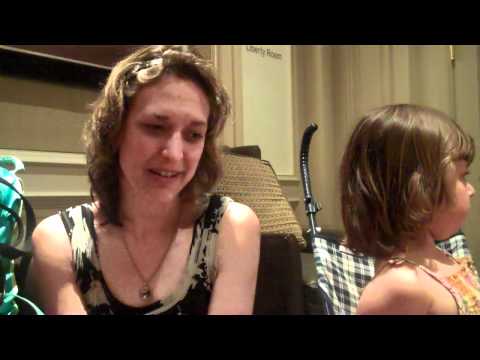 You can also urge the EPA to set strong limits on mercury pollution from power plants to protect wildlife and our health.

“Jump starting the electrification of our federal fleet is a great deal for taxpayers and the environment. It leads the way toward a future that avoids high prices at the gas pump, reduces carbon pollution, and invests in made-in-America technology.”

General Motors broke ground on a new electric motor plant near Baltimore, the first by a major U.S. automaker solely dedicated to crafting components for vehicle electrification when it opens in 2013.

Electric motor design and production is a core component of GM’s plans for leadership in the development and manufacturing of plug-in electric and hybrid vehicles.

The new campus will be topped by a 1.23 megawatt solar array, which is expected to generate nine percent of its annual energy consumption and save approximately $330,000 throughout the life of the project. GM company officials say that GM will offset up to 1,103 metric tons of carbon pollution from entering the atmosphere per year, the equivalent of 216 cars.

More on this story: PR Newswire

Caution: It is vitally important not to make connections. When you see pictures of rubble like this week’s shots from Joplin, Mo., you should not wonder: Is this somehow related to the tornado outbreak three weeks ago in Tuscaloosa, Ala., or the enormous outbreak a couple of weeks before that (which, together, comprised the most active April for tornadoes in U.S. history). No, that doesn’t mean a thing.

…If you did wonder, you see, you would also have to wonder about whether this year’s record snowfalls and rainfalls across the Midwest — resulting in record flooding along the Mississippi — could somehow be related. And then you might find your thoughts wandering to, oh, global warming, and to the fact that climatologists have been predicting for years that as we flood the atmosphere with carbon we will also start both drying and flooding the planet, since warm air holds more water vapor than cold air. (More…)

The House Energy and Power Subcommittee held a hearing on a bill circulated by Michigan’s Rep. Fred Upton that showed his full-fledged support for the $7 billion Alberta to Texas Keystone XL Pipeline. Upton wants to move up the decision deadline for pipeline safety evaluation to November 1, 2011, a rush move that conservations groups question after his home district of Southwestern Michigan witnessed a massive spill of diluted bitumen less than a year ago.

The hearing panel was heavily loaded in favor of the pipeline, with witnesses including: Dan McFadyen, chairman of the Alberta Energy Resources Conservation Board; Alex Pourbaix, president of energy and oil pipelines at TransCanada; and James Burkhard, managing director of Global Oil at IHS Cambridge Energy Research Associates. Jeremy Symons, senior vice president for conservation and education at the National Wildlife Federation offered some balance.

“The Keystone XL pipeline scheme is an oil company wolf hiding in Canadian sheepskin. Big oil’s claims that this pipeline will help our energy security are a carefully fabricated mirage,” Symons said. Click here to read the full testimony. 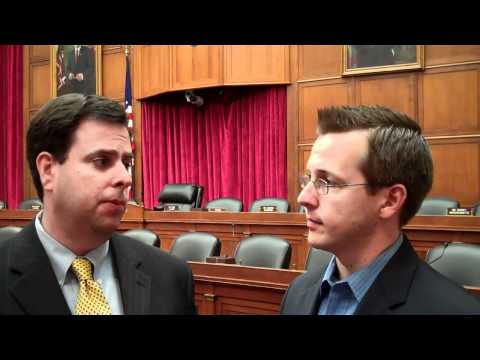 “We’re kind of stumped for an explanation of why Upton is doing what he’s doing,” said Tony Iallonardo, NWF senior communications manager. “In our minds, the lesson from Kalamazoo is that we need more studies of the harm tar sands can cause. We don’t need to hit the gas pedal harder and risk another tragic spill.”

Instead, of promoting legislation that skirts proper environmental review of Keystone XL, he added, Upton should be moving quickly to pass legislation that would ensure pipelines can safely transport diluted bitumen, which has been shown to be more corrosive and more difficult to clean up than conventional oil.

More on this story: The Hill,  Reuters

Natural Solutions for an Unnatural Disaster

As the catastrophic Mississippi River flooding unfolds, the National Wildlife Federation has released a new report identifying five ways government policies and practices are contributing to the events and resulting impacts, as well as five recommendations to help policymakers avoid and minimize future floods.

Each of the recommendations promotes the protection and restoration of natural defenses that are critical to a safe, affordable and sustainable flood protection system. While recognizing that levees, dams and other structural solutions will continue to play a role in flood protection and navigation, the report lays out a more balanced approach that utilizes the natural protection afforded by healthy wetlands, floodplains and even farmland.

As the oil and gas industry enjoys record profits and consumers pay up to $4.00 a gallon for gas, the Senate took a roll call vote on S.940, the Close Big Oil Tax Loopholes Act. While 60 votes were required for passage, a majority of 52 senators voted in favor, including two Republicans.

Americans know it’s fundamentally unfair to make extreme cuts to conservation, science and clean energy programs that invest in our future while polluters get special breaks. It’s past time to hit the reset button on this wasteful spending.”

S. 940 would eliminate $21 billion of tax loopholes over the next decade for the five largest oil companies. All recovered funds go to the U.S. Treasury to reduce the federal budget deficit. Three-quarters of Americans support ending the subsidies.

Despite a recent court decision to stay California’s carbon trading system, the first in the U.S., regulators may still be able to begin the market trading program in January 2012. Environmental justice advocates alleged that the state Air Resources Board (ARB) did not properly consider alternatives to cap and trade when it chose the market-based mechanism to reduce emissions by 20 percent in 2020.

Rather than ruling that trading was an unacceptable method or ruling against all the regulations, which included a low-carbon fuel standard, transportation emissions reductions and smart growth guidelines, the decision simply calls for ARB to explain its selection of cap and trade in a sufficient manner.

According to Brent Newell, an attorney for the plaintiff Center on Race, Poverty and the Environment, this is the outcome they hoped for. “We wanted the good parts of A.B. 32 to proceed…and that’s exactly what the court did.”

More on this story: Climatewire