Environmental Education is the Key to U.S. Students’ Success! 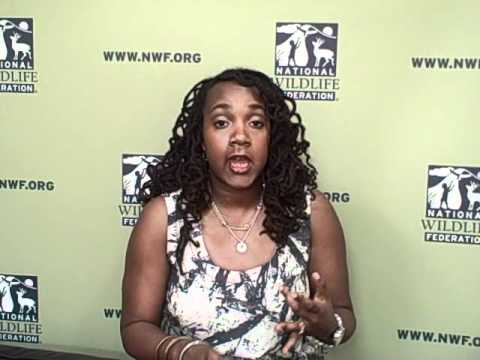 Last week must have been a slow news week for the right wing media,  as the new Maryland state environmental education graduation requirement was placed on their “most wanted” media hit list alongside the First Lady’s Let’s Move campaign; which is as much about children’s health as it is about our military readiness.  Reports have come out that we as a society have become too fat to fight!  Regardless of the reports the right wing continues to attack the program and now they have set their sights on environmental education.

Last week on Sean Hannity’s Fox news show, he railed against the environmental literacy requirement just passed by the Maryland Board of Education.  He suggested that teaching children about the environment was somehow pushing climate change “propaganda”.   What do you think gets the Hannity Fox news “Take back America” clan so riled up about getting kids in touch with nature and learning better in school through hands-on environmental education?  Do they fear it means that when kids grow up they will be less likely to follow their right wing policies that result in dirty air and water in our communities if they understand all sides of an issue including their impact on the environment? Under the new Maryland requirement, students will need to exhibit their understanding of energy, matter, and sustainability among other issues in order to graduate.  Why is that bad? We need to teach kids the full story about the environment and the challenges they will face, we can’t ruin the planet and burden future generations further by not telling them the full story.

No one really knows what’s behind the right wing’s radical agenda, other than billions of dollars (thanks Koch brothers)!

Environmental Education and playing outdoors in nature is a child’s fundamental right.  Kids these days spend 7-8 hours in front of a screen and only 4-7 minutes outside in unstructured play.  Therefore, any measure such as a graduation requirement that will get our kids off the couch and out of doctor’s offices waiting for adolescent diabetes medication should be welcomed with open arms, not ridiculed as a “conspiracy indoctrination” scheme as “so and so” put it.   Hannity and the Tea Party enthusiasts want to keep our kids indoors, pumped up with sugar and fat, so once they wake up from their food haze they will be powerless and unprepared to reverse the damage being inflicted on our planet!

Environmental literacy is a pathway to maintaining U.S. technological leadership — by helping kids stay interested in and not bored by science and technology.

Environmental Education will not only prepare our children to be stewards of the environment but it will provide them with the skills necessary to innovate and lead in the 21st Century clean energy economy.  Therefore, Maryland’s environmental education requirement should be cheered by anyone who cares about the future of our economy and ranking in the world!  The question we need to ask is why Hannity doesn’t want our kids to lead in the inevitable green economy? Why are they so bent on holding America back?

We need a thoughtful and educated workforce prepared to take America forward, not the noise of a clan of people with antiquated ideals that want to take our country “back” to the 20th Century!

Get Outside, Students and Nature | Be Out There, Environmental Education, environmental literacy, Get Outside, Global Warming, kids and nature, let's move outside, Maryland, screen time, students