As a sportswoman, I am particularly concerned about mercury. Reducing mercury and air toxics will help protect our long standing investment in our outdoor heritage.

Mercury settles from the air onto our lakes, rivers, and forests, polluting the environment and accumulating up the food chain as fish and wildlife consume the contamination. Mercury is a potent neurotoxin and is especially harmful to children—where exposure affects a child’s ability to walk, talk, read, and learn.

Take action before the July 5 deadline to protect loons, fish and other wildlife from toxic mercury pollution >>

Check out the video from the Environmental Protection Agency’s public hearing on mercury and air toxics in Chicago, where I testified in support of reducing toxic pollution from coal-fired plants: 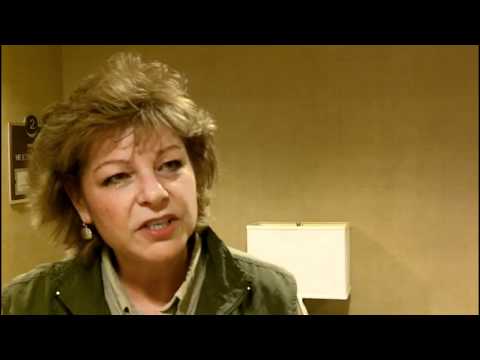 Members of over 40 Michigan sportsman’s groups are also advocating for clean air and have joined together to oppose efforts to weaken one of our nation’s most critical health and environmental protections. The groups released a letter signed by 330 groups from across the U.S. calling on Congress to allow the Environmental Protection Agency to hold polluters accountable and back off House and Senate attacks on the Clean Air Act.

“The Clean Air Act has been an incredibly useful tool for protecting trout and salmon habitat across the country,” said Dave Smethurst, Education Committee Chairman of Michigan Council of Trout Unlimited and Board member of Headwaters Chapter of Trout Unlimited. “The 1990 Clean Air Act amendments cut substantially deposition of acid rain that was destroying brook trout habitat at a fraction of the anticipated costs to Americans.  We believe the Clean Air Act can be used in the same fashion to limit mercury and air toxics, as well as continue to help on the long standing fight against acid rain.”

Safeguarding our natural resources is important to those of us Michiganders who hunt, fish and spend time in the woods and on the waters, but it is also a wise investment in our economic future.