Polar Bear Update: No Good News for Bears in 2011 [video]

After a summer where record fires, floods, rains and droughts dominated the news, polar bears and the Arctic have been far from most people’s minds. This does not mean polar bears have had it easy in 2011. In fact, almost every month this year has yielded bad news for polar bears and their Arctic environment:

Individually these reports are alarming, but taken together they paint a frightening picture of what is happening to polar bears and the place they call home. Take it a step further and look at the overall trends of the past 10 years, and the truth is undeniable: polar bears are on a pathway to extinction unless action is taken soon to curb warming trends.

Video: Polar Bears and Sea Ice Not Adding Up

To help shed light on the relationship between sea ice and polar bears and climate change, National Wildlife Federation and Polar Bears International have released this video: 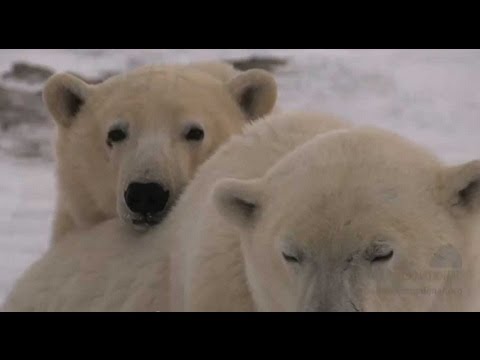 It remains to be seen how long the polar bears of Churchill will be forced to stay on land this year, but it could likely be another hard year for these bears. As the video points out, we still have time to change the path we are on and avert the worst case scenarios for polar bears, the Arctic and ultimately, our planet.

“Each day we write another chapter in the polar bear tale. Whether or not this story has a happy ending is completely up to us. Bold action to address climate change is needed if we hope to keep polar bears in our future.”

Speak up for Polar Bears

Members of Congress are pushing for legislation that would put polar bears at greater risk by ripping apart Clean Air Act limits on global warming pollution, crippling crucial conservation programs, and speeding dangerous drilling off Alaska’s coast. Help protect polar bears by sending a message to your members of Congress, urging them to stop this unprecedented attack on wildlife.