The Lies of a Tar Sands Spill — Take Two

Oil from an Exxon tar sands pipeline rupture continues to spread — coating a creek, wetland, homes and making its way toward a nearby lake. Making matters worse, the rainy weather forecasted for coming days will continue to hinder the containment effort. You might recognize the Exxon name, as they were the oil company behind the Yellowstone River pipeline spill a couple years ago, and of course nobody can forget the Exxon Valdez tanker spill in Prince William Sound, Alaska 24 years ago.

No this is not déjà vu — I wish that were actually the case. Anyone that paid attention to the Enbridge tar sands spill in 2010 might think they are watching footage of that Kalamazoo River disaster. Sadly, this is the most recent coverage of the Exxon tar sands pipeline spill in Arkansas and Exxon appears to be walking the same exact path Enbridge did almost 3 years ago.

Last week, the Exxon pipeline burst near Mayflower, Ark., flooding wetlands and neighborhoods with toxic tar sands dilbit. The pipeline is more than 70 years old and Exxon was recently fined for failing to perform regular maintenance on the line. Very little is known about what’s actually happening, but recent aerial footage has given light to a much bigger problem for this community and Exxon. 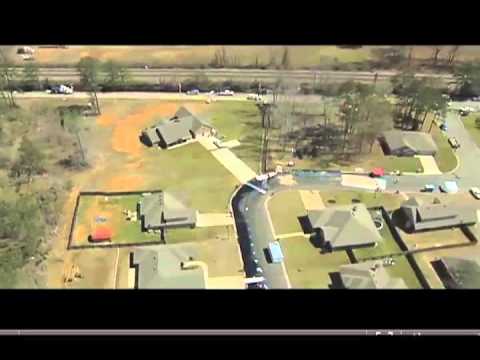 NWF has been saying for years that the oil industry is not applying lessons learned from the Enbridge tar sands disaster and this Exxon spill proves that point unbelievably:

For almost 3 years now, many people (including myself) have been fighting to try and get the oil industry, our regulators and lawmakers to pay attention to the lessons learned from the Enbridge Kalamazoo River disaster – so it never happens again. The Exxon spill proves (again) that the focus for oil companies and pipeline operators is only on profits and not on the safety of our communities, wildlife and resources. Enbridge has also argued that the Kalamazoo River disaster was a rare situation. With not even three years between this spill and the Enbridge spill, I think we can safely say this is a precursor for what’s to come if we continue to allow the tar sands industry to expand.

What will it take for us to change? Last week, the National Wildlife Federation, through the filing of a rulemaking petition, lead a coalition of concerned citizens and organizations by called for a moratorium on tar sands pipelines projects and expansions until the EPA and PHMSA create tar sands pipeline regulations that account for these issues – and many more. Please help support this effort by contacting those agencies and speaking up for wildlife and those impacted by this latest disaster.