Fudging the Numbers: BP’s History of Lying about the Spill

Exactly how much oil was released into the Gulf of Mexico during the BP disaster? Billions of dollars of Clean Water Act penalties are at stake—and a large portion of the money available for restoration. Perhaps it comes as no surprise that BP is claiming the amount of oil spilled is far less than we’ve all heard.

But how much credence should we give BP’s latest estimates? A federal court will take up the question in September, but here are a few highlights from BP’s less-than-forthcoming history on the size of the spill…

Two days after the April 20 blowout, an internal BP memo warned the well could be sending 80,952 barrels (3.4 million gallons) of crude oil into the Gulf of Mexico every day.

Four days after the blowout, BP publicly stated the spill was  1,000 barrels of oil per day.

Eight days after the blowout, over protests from BP, the Coast Guard increased its estimate to 5,000 barrels a day. The estimate was based on limited information as the Coast Guard did not have access to video of the spill.

On May 10, BP held a telephone press conference where Senior Vice President Kent Wells asserted “There’s just no way to measure” the flow rate from the well.

On May 13, a scientist criticized the 5,000 barrel a day figure to National Public Radio, saying, “We’re talking more than a factor-of-10 difference between what I calculate and the number that’s being thrown around.”

On May 15, BP vice president Mike Mason wrote an email to other BP staffers, “We should be very cautious standing behind a 5,000 [barrel per day] figure as our modeling shows that this well could be making anything up to 100,000 [barrels per day].”

The same day, BP spokesperson Tom Mueller told the New York Times, “We’re not going to take any extra efforts now to calculate flow there at this point…It’s not relevant to the response effort.”

On June 7, a member of the committee determining the flow rate told the New York Times, “It’s apparent that BP is playing games with us, presumably under the advice of their legal team. It’s six weeks that it’s been dumping into the gulf, and still no measurements.” 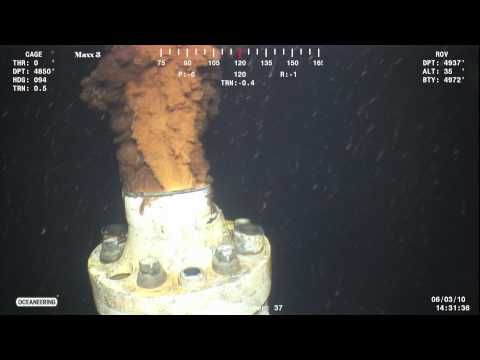 On January 29, 2013, BP pled guilty to 14 criminal counts. One of the charges? “False and misleading information in response to the U.S. House of Representatives’ request for flow-rate information…”

In June, the Houston Chronicle reported that BP is planning to argue in court that the government is overestimating the amount of oil that spewed into the Gulf by 50 percent. This lower estimate would cut the maximum Clean Water Act penalties by $7 billion.

Keep BP’s history in mind as you follow coverage of the trial. Whatever the court rules about the size of the spill, the disaster’s impacts are ongoing. Read our latest posts on dolphins and blue crabs.

Tell the Department of Justice to do everything it can to ensure that BP is held fully accountable for its recklessness!