The BP Trial-What’s at Stake for the Gulf in Phase 2?

If it seems like BP has aggressively shirked responsibility for the 2010 Deepwater Horizon oil disaster since the day the rig exploded, it’s because the company has been doing just that. Today, BP takes its full-court press back to federal court.

In this phase of the trial, the U.S. Department of Justice and BP will square off on two issues. First, what did the responsible parties do to stop the release of oil, and how prepared were they to deal with the blowout?

Second—and more importantly—how much oil was released from the time the spill began on April 20 until the well was capped 87 days later?

You’ve heard this story before. Four days after the blowout, corporate executives told the Coast Guard that 1000 barrels of oil were escaping each day. But here’s the thing: BP’s own internal emails show that two days prior, a BP employee estimated the flow at anywhere from 62,000 to 146,000 barrels per day. 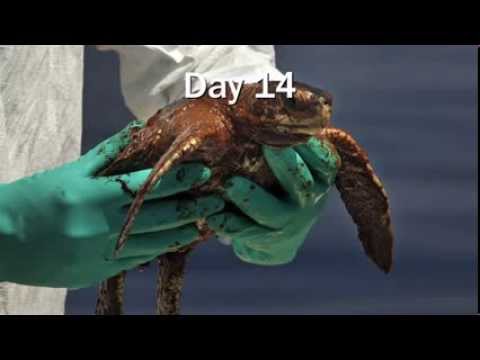 Even as it tried to stop the gusher, BP continued to downplay the size of the spill. The company pled guilty to a criminal count of lying to Congress on this very topic. Transocean and Halliburton even allege that BP’s misrepresentations harmed efforts to plug the well.

During the spill, BP had a leg-up on the general public: the oil was spewing over a mile below the surface of the ocean, 40 miles off the Louisiana coast. And only major oil companies owned the remotely operated vehicles  necessary to see what was happening so far below the surface.

Only after political pressure from Sens. Bill Nelson and Barbara Boxer did the company release its shocking footage of dark crude oil and gaseous methane gushing from the riser pipe and wellhead in one continuous, forceful stream. When experts saw the video, they knew instantly that BP’s claims about the magnitude of the spill were grossly understated.

In court, BP has every incentive to try and get this official estimate reduced. Under the Clean Water Act, the company will have to pay anywhere from $1,100 to $4,300 per barrel spilled. And thanks to a bill known the RESTORE Act, 80% of the Clean Water Act fines will be sent back to the region affected by the disaster.

If the Judge ends up buying BP’s latest flow story, the company’s bottom line would greatly benefit, but Gulf wildlife would continue to suffer.

Make sure the Department of Justice continues to hold BP fully accountable!