Due to its decreased numbers and status as a warranted species for Endangered Species Act listing, the greater sage grouse is no longer a popular game species. Some Western states do still offer very limited hunts on sage grouse, but in general, when it comes to hunting, it’s about the importance of sage grouse habitat for other, more popular game species like mule deer.

The sage grouse’s primary diet is sagebrush, and this largest species in the grouse family requires expansive, undisturbed rangelands for its habitat. Turns out those dietary and habitat requirements are quite similar to mule deer and pronghorn antelope. During the winter months in many western states, sagebrush is often mule deer’s most common food source, and mule deer also thrive in large tracts of undisturbed rangeland.  Sagebrush is year round habitat and diet for pronghorn.

“Sage grouse were once abundant, widely distributed, and a popular game species throughout the West,” said Dr. Edward Arnett, wildlife biologist and director of the Theodore Roosevelt Conservation Partnership’s Center for Responsible Energy Development. “Now sage grouse numbers are low enough to warrant listing, and all sportsmen should be concerned about that. Sage brush ecosystems are so important to so many other species, like mule deer and pronghorn, so when you protect sage grouse habitat, you are also protecting big game species that sportsmen pursue.”

“If you end up with a listing, those kind of sportsmen dollars would go away, so we all need to be working proactively to avoid a listing,” he said.

If your enjoyment of wildlife does not include hunting and even if you are not from the West, you should still care about the plight of the sage grouse.

Sagebrush habitat, and the numerous species that depend on it, face many threats, including drought, energy development, over-grazing, subdivision of the land, and invasive species. A major wildlife or two in core sage grouse habitat would likely mean an immediate ESA-listing, which is something few people want, including the National Wildlife Federation.

The Bureau of Land Management is the landowner most able to save the imperiled sage grouse. Right now,  sage-grouse conservation plans are being drafted for states across the American West by the BLM, but these draft plans do not provide enough protection to save the remaining sage-grouse populations.

“We have been working for years to get the Bureau of Land Management to strengthen sage grouse conservation measures in their Resource Management Plans, and there has been progress, but it’s not enough to prevent a listing,” said Bentley Johnson, NWF’s manager of Great Western Landscapes. “BLM needs to develop more protective plans that include restrictions on oil and gas drilling, transmission lines, wind turbines and some grazing practices in priority habitat areas. BLM needs to go back to the drawing board and improve its plans for conserving the greater sage grouse.”

The BLM’s draft greater sage-grouse conservation plans ignore the recommendations of its own scientists and fail to recognize the urgent need for better protection before it’s too late. The sage-grouse plans are still in draft form, which means that right now we are in the crucial window of time when we can help change the plans for the better, and ensure that sage grouse have a fighting chance at survival. This is our best chance to make sure that the West’s iconic sagebrush habitat remains home to sage grouse and the vast array of other wildlife that depend on it. 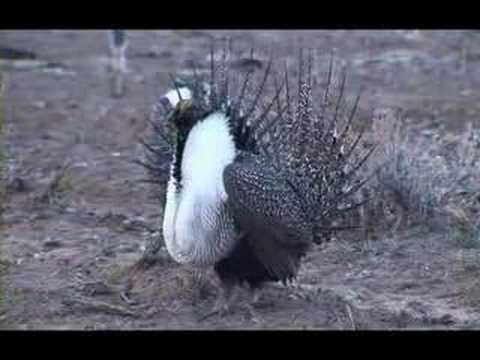 Since the BLM is unwilling to do what is needed to prevent the listing of sage grouse and protect the habitat of mule deer, pronghorn, and the other 350 species that depend on sagebrush, our best hope for Greater sage-grouse lies with President Obama. With enough public support, the President can intervene and help fix the currently flawed conservation plans.