These two top scientists reminded the Congressmen and women that the overwhelming preponderance of evidence is in support of climate change and that the climate is already changing “in highly unusual ways.”

Dr. Lubchenco highlighted her growing concern for ocean acidification, which she called the ‘equally evil twin’ of global climate change. As a direct result of the carbon dioxide we’re putting in our atmosphere, carbon dioxide is dissolving in the oceans and making them more acidic. This disrupts the ability of animals and plants to make shells and dissolves existing shells.

Watch Dr. Lubchenco’s demonstration in the halls of Congress of what happens to our oceans as they absorb carbon dioxide from our atmosphere and what happens to calcium carbonate shells when we increase the acidity of our oceans. 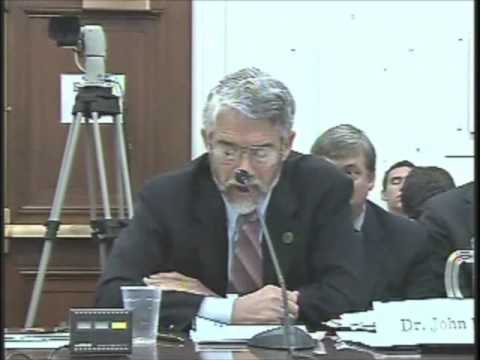