Rev. Lennox Yearwood, Jr.  is keeping his message green and clean, reaching out to urban communities and empowering young people to create a sustainable future. As the founder of the Hip Hop Caucus, he traveled around the country on the Clean Energy Now! Bus Tour, tackling climate change, sustainablity, and the need for clean, renewable energy. The Hip Hop Caucus is also a partner in the Green the Block initiative, a national campaign working to mobilize low-income communities of color as leaders in the clean energy economy. Now, Rev. Yearwood’s is bringing his green vision to TV.

Recently, Rev. Yearwood  hosted a special screening of Hip Hop Rev, a Discovery Network documentary on his work as a civil rights and environmental activist.  Some famous  and important faces pop up in the film of people who have worked with the clean energy advocate and supported his mission. Notable apperances include EPA Administrator Lisa Jackon, DJ Biz Markie, and singer D. Woods. A few National Wildlife Federation faces also appear in the film, and actress Gloria Ruben, who hosted our annual National Achievement Conservation Awards this year, also appears in the documentary. The Hip Hop Rev is airing on Discovery’s Planet Green channel. You can view the trailer below. 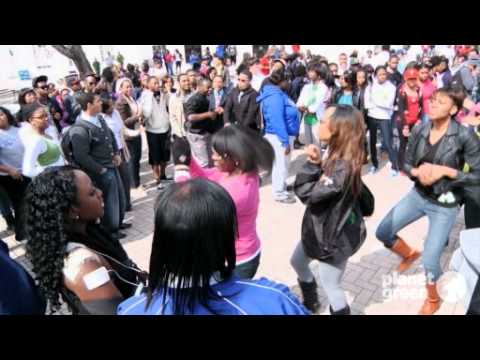