This past Wednesday, the National Wildlife Federation (NWF) partnered with Democracia USA, a national non-partisan Hispanic civic engagement organization, to put on a townhall-style event in Camden, NJ (outside of Philadelphia) entitled “Hispanics, the Environment, and the Impact of the Clean Air Act.” Camden’s population is largely minority – only 15% of the population is white – and the area is well known for their environmental issues from local manufacturing, waste incineration, and many other industries.

Despite the nasty heatwave ripping through the northeast that day, the un-airconditioned room of the Walt Whitman Arts Center was filled with interested community members – mainly Hispanics. After a few introductory remarks from myself, the National Vice President of Democracia USA, Rafael Collazo, shared some great opening remarks (video below). 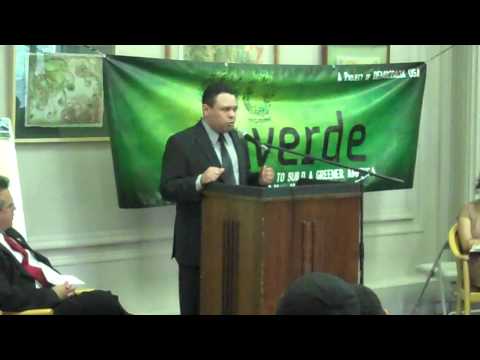 Melissa Castro, Director of Outreach for Souther NJ for U.S. Senator Menendez, spoke on behalf of the Senator and had some inspiring things to say as well:

“Too many children and families live with the nightmare of severe asthma triggered by pollution. The health problems that these children suffer remind us of the dangers of air pollution for ALL Americans…When it comes to protecting the lives and health of our citizens there is no room for compromise.”

The event didn’t just focus on the national Clean Air Act issues though – there were a lot of related topics that were addressed by the other panelists who ranged from local elected officials to Environmental Justice leaders and lawyers. Some of these topics included:

In the end though, what I found most inspiring was the amount of enthusiasm and energy from the participants after the panelists spoke. They were coming up with questions about how to better engage young kids in schools, what they could do to be more involved, how they could help out in some lawsuits to help cleanup local Superfund sites, etc. It was powerful stuff. I suppose I haven’t gone to enough townhalls to realize that these events can be quite powerful – you don’t typically go to townhalls JUST to listen. You go there to be inspired and find ways you can help. One woman at the event put all of this into perspective:

“I’m here tonight because I’m American…We are ALL in the same boat – and that boat has a hole in it.”

It’s my dream that each of us can find a way to do our part to fill that hole and inspire others to do the same.