Update: The Army Corps of Engineers will release the draft study on the Brandon Road Lock and Dam on Monday, August 7. On June 23, the Asian Carp Regional Coordinating Committee announced that a live silver carp was found near the O’Brien Lock and Dam in the Chicago Area Waterway System (CAWS), nine miles from Lake Michigan and past the electric dispersal barriers in the CAWS. After two weeks of additional monitoring, no additional Asian carp were found in the area. Analysis is being conducted by Southern Illinois University to determine the origin of the Asian carp.

A bipartisan, bicameral group of legislators, led by Great Lakes Task Force chairs Sen. Debbie Stabenow (D-MI) and Representatives Marcy Kaptur (D-OH), and Bill Huizinga (R-MI) – introduced the Stop Asian Carp Now Act on June 21 to spur the release of a draft plan for improving defenses against the Asian carp advancing toward the Great Lakes at the Brandon Road Lock & Dam in Illinois, which had been unexpectedly delayed by the Trump administration in February.

“The Administration can’t explain why we have waited since February for a report that cost taxpayers $6 million. We should be aggressively pursuing action to prevent the spread of the Asian carp to the Great Lakes, yet the roadmap to getting there is sitting on a shelf somewhere in the Army Corps of Engineers. This bipartisan bill to force the release of the Brandon Road Study once and for all, will help us all move forward to protecting our Great Lakes.” -Representative Kaptur

“It’s incredibly irresponsible for the Trump Administration to continue to block the Army Corps from releasing a crucial plan to address the threat of Asian carp to our Great Lakes. Our Great Lakes are so essential to our economy and our way of life in Michigan. Our bipartisan bill would require the Administration to release the report immediately so we can move forward with a permanent solution.” -Senator Stabenow

“The threat Asian carp pose to the Great Lakes both ecologically and economically is clear. As policymakers, it is critical that we have the best information available to protect the Great Lakes. Delaying the release of the completed Brandon Road study only shortens the window we have to address this growing problem. I urge the Trump Administration to release this important study so we can determine the best path forward in stopping the spread of this destructive and invasive species.” -Representative Huizenga

In a joint statement by conservation groups including the Alliance for the Great Lakes, the National Wildlife Federation, the Natural Resources Defense Council, the Ohio Environmental Council, Prairie Rivers Network, Save the River, the Sierra Club and the Tip of the Mitt Watershed Council, the groups said, “the Administration has had more than three months to review the report. It is past time to give Great Lakes residents a chance to do the same.” 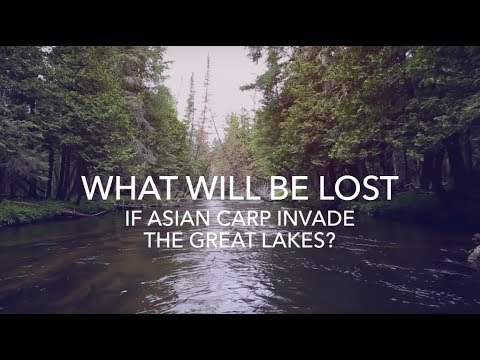 This location below the confluence of the Des Plaines and Illinois Rivers could prevent Asian carp from advancing further into the Chicago Area Waterways System, which connects to Lake Michigan at multiple points. The U.S. Army Corps of Engineers identified Brandon Road Lock and Dam as a critical chokepoint in its 2014 report on options to stop Asian carp, and they were authorized by Congress in 2015 to begin a study on improving defenses at that location.

Congress earlier said it “expects” the release of the draft study on options for the Brandon Road Lock and Dam in its 2017 budget deal. The introduction of the Stop Asian Carp Now bill leaves their meaning crystal clear.

The U.S. Geological Service released a report in May estimating that Asian carp would have sufficient food to survive in the Great Lakes and likely invade connected bays and inland waters if they become established. If this happened, they would impact not just the $7 billion sport fishery of the Great Lakes, but recreational tourism, boating, and inland fishing on rivers and lakes.

The National Wildlife Federation, Prairie Rivers Network and Michigan United Conservation Clubs recently launched a short online film series highlighting the people who would be affected from business, recreational, cultural and ecological perspectives if Asian carp establish a population in the Great Lakes. Today, the groups released the second video in the series, featuring Doug Craven, Natural Resources Director of the Little Traverse Bay Bands of Odawa Indians, which can be viewed below: 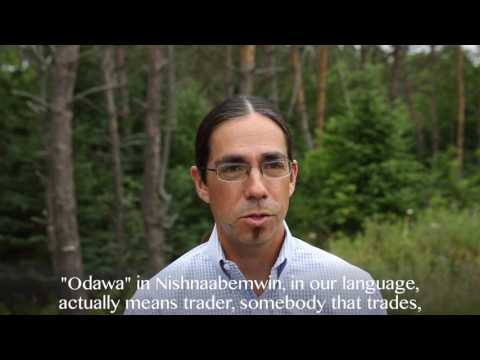 “Asian carp are a threat to our Great Lakes, economy and way of life,” said Marc Smith, Great Lakes regional conservation director for the National Wildlife Federation. “It’s been eight years since scientists discovered evidence of Asian carp at the doorsteps of the Great Lakes, and we still need stronger action to protect our Great Lakes. Our goal with these short films is to remind people of the urgency of putting additional measures in place to stop Asian carp.” 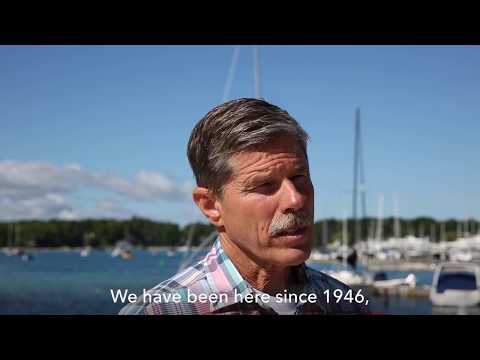 Get more information about NWF’s work to keep Asian carp out of the Great Lakes.