The National Wildlife Federation was the official education partner for the 2014 release of “The Nut Job,” an animated family comedy centered on a squirrel who orchestrates a heist to get into his town’s biggest nut shop so that he and his friends can have enough food for the winter. As the educational partner, NWF provided fun, informational activities and resources for people to learn more about squirrels, the underappreciated “nutters” of this film and many backyards, just in time for National Squirrel Appreciation Day.

“The National Wildlife Federation is the perfect education partner for this film,” said The Nut Job star Will Arnett. “I am glad to be part of a project that shows how wonderful these sometimes unappreciated animals can be.”

Along with “The Nut Job,” the National Wildlife Federation has been the education partner for a diverse set of films, including The Hobbit film trilogy, both “Dolphin Tale” movies, “Yogi Bear”, and “Where the Wild Things Are.”

Check out some of the student activities that were a part of our Wild Rumpus Day in the Washington, DC metro area in for the release of “Where the Wild Things Are”. 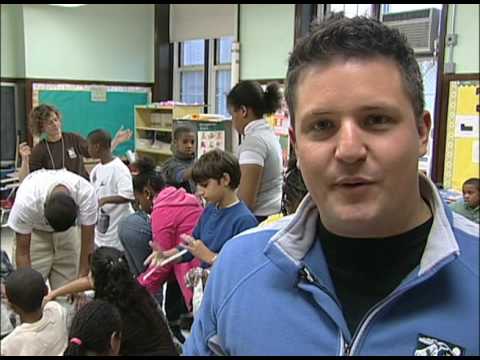 In each partnership, NWF provides materials to get people involved and interested in wildlife, the outdoors, and conservation, turning entertainment into an active, educational experience as well as a fun one.

“Having just made a film in which I play a squirrel, I’m very partial to them, and am delighted to hear that the National Wildlife Federation is celebrating National Squirrel Appreciation Day, encouraging us to celebrate backyard wildlife everyday.” – Katherine Heigl

In accordance with “The Nut Job” and Katherine Heigl, celebrate National Squirrel Appreciation Day with us later this week on January 21.

Buy a squirrel bungee cord feeder that will provide entertainment for you and squirrels.