With Groundhog Day just around the corner, we wanted to take a moment to look at the world from the critter’s point of view. So, if groundhogs could actually talk, what might they say? This video poses one possibility. 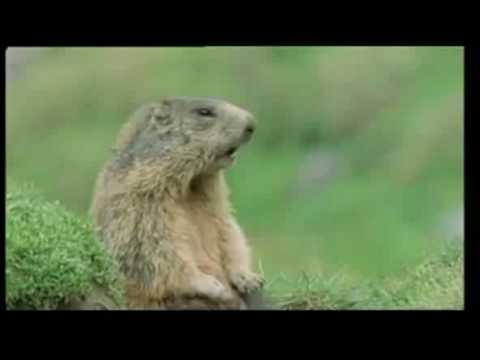 Hmmm…I’d like to think that groundhogs wouldn’t be that annoying. Here’s what I believe they’d say:

Please don’t ask me how much wood I chuck.” – Groundhogs are also known as woodchucks. However, “woodchuck” comes from an Algonquian name for the animal, wuchak. They don’t actually toss wood.

“How you doin’?” – Contrary to popular belief, when male groundhogs emerge in February after their three-month-long hibernation, they aren’t checking on the timing of spring. Nope. They’re looking for some love.

“I’m cool as a cucumber.” – While hibernating, a woodchuck’s body temperature can drop from about 99 degrees to as low as 37. (Humans go into mild hypothermia when their body temperature drops a mere 3 degrees, lose consciousness at 82 degrees and face death below 70 degrees.)

“Where’s the salad bar?”– During warm seasons, a groundhog may pack in more than a pound of vegetation at one sitting, which is much like a 150-pound man scarfing down a 15-pound steak.

“I can dig it.”– On average, the animal will remove a remarkable 700 pounds of soil to make a burrow. The burrow is pretty extensive and may have several rooms, one to three openings and span a total of 25 to 35 feet.

“Michael Phelps has nothing on me.” – In addition to being great at burrowing, groundhogs are stellar swimmers. They’re also expert tree climbers, especially when chased.

And, last but not least…

“Yes, I do like ‘Groundhog Day’, the movie.” – Well, who doesn’t love a flick starring both Punxsutawney Phil and Bill Murray?

The Truth about Groundhog Day

10 Things You May Not Know About Groundhogs

On Groundhog Day: Ten Things to Know about These Surprising Creatures