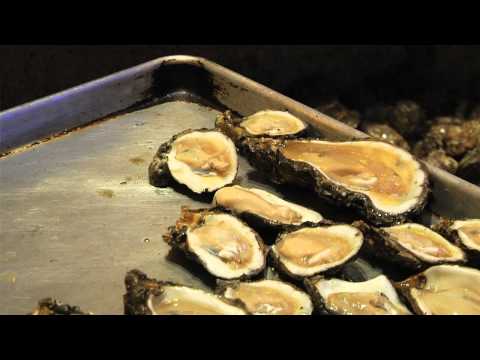 Since the day oil first started hitting the Gulf Coast, the safety of Gulf seafood has been in question. Authorities say that fish, shrimp, crab and oysters from the region are safe for consumption but some still remain skeptical. The recent closure of more fishing waters combined with lax testing and an uncertainty of exactly how the oil and dispersants will affect the food chain leaves some doubting the safety of Gulf seafood.

As the Gulf oil disaster unfolded during the summer, 37 percent of the Gulf of Mexico was eventually closed to commercial fishing and as early as August, evidence of contamination was already found in blue crabs. While most of the waters have since reopened to fishing, NOAA closed more than 4,200 square miles of Gulf waters to Royal Red shrimping. Mixed signals and ongoing new discoveries leave many wondering what is really happening in the food chain.

Louisiana, where the oil’s impacts have been most profound, produces nearly one-third of the seafood consumed in the United States. Government officials from the local to federal level have been eager to show that the seafood is safe by eating it themselves and staging displays of approval. President Obama ate Gulf seafood when visiting the area during the summer and in early December, the White House made another signal by buying 2,000 pounds of Gulf shrimp and crabs to serve at their holiday parties.

The multi-billion seafood industry on the Gulf Coast spans from restaurants and processors straight to the hard-working men who pull the crab, shrimp and oyster straight from the waters. Commercial fisherman Nicky Alfonso has been fishing out of the coastal community of Delacroix for more than 25 years. When his fishing waters were shut down in May 2010, he eventually turned to BP’s vessel of opportunity program, using his boat to transport and deploy boom in Plaquemines Parish. Now that he’s returned to fishing, he said regaining the public’s trust is a top priority.

“I do think the seafood is safe to eat. There is more testing done on our seafood than on any other food in the United States right now,” said Alfonso.

“The rigorous testing we have done from the very beginning gives us confidence in the safety of seafood being brought to market from the Gulf,” said Jane Lubchenco, Ph.D., Under Secretary for Commerce and NOAA Administrator.

Like many fishermen, restaurants and locals along the Gulf Coast Alfonso express a strong confidence in the safety of the seafood. But not all here are in agreement and some say that government standards are too lax or that their testing ignores important toxins. The government tests for a number of toxic compounds including polycyclic aromatic hydrocarbons (PAHs) but some say that the testing is not adequate. Ed Cake, Ph.D, President of Gulf Environmental Associates in Ocean Springs, Miss., points to the absurdity of the “smell test” as an unreliable and unscientific way to test for such chemicals.

“The FDA and NOAA are relying on tests which depend on human noses to deter the odor of very small amounts of these chemicals. We can’t smell these carcinogens, the only thing that could do that is hounddogs,” said Cake.

Cake is one of the few biologists to express concerns over the safety of Gulf seafood. He had recommended that consumers only eat seafood from outside of the affected areas and points to other disasters as evidence that food chain effects can take years to unfold. In Price William Sound, it took almost 5 years for effects to show in the herring population and Cake said 31 years after the Ixtoc oil disaster in Mexico, clams, oysters and mangroves there have still not returned to their original conditions.

“We’re only seven months into this and we don’t just know how these compounds are working their way through the food chain. We know that many of the animals that we consume biomagnify or bioconcentrate those chemicals in their systems,” said Cake.

Cake’s comments have put him at odds with many biologists, some of whom he said are too tied in to the local industry and “feeding from the state trough as their jobs depend on them following policy.” Down on the front lines, Alfonso said he trusts the biologists’ decisions and he too calls for constant monitoring and testing. That will not only ensure that the public is not eating tainted seafood, it will help instill the confidence that the industry has been trying to rebuild since the start of the disaster.

“I think it is important that we keep testing the seafood for the next five years that way it will build the confidence up for people who don’t think they should eat it,” he said.