Today will be this climate correspondent’s final installment. The future of the Capsule will remain to be seen, but in the meantime you can get plenty of Climate news from NWF’s Media Center and the Wildlife Promise Global Warming Feed.

It’s been an honor and a pleasure.

The Ghost of Capsules Past

In honor of this last Capsule week I’d like to reminisce with a video blast from the past: 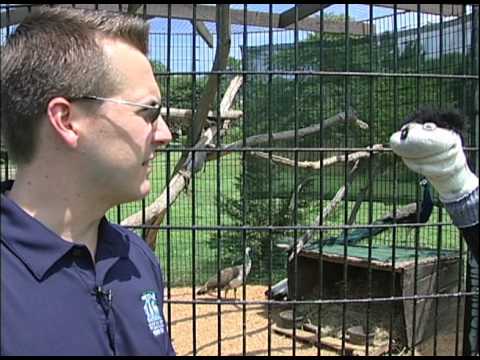 “I find it extraordinary that so many political leaders won’t actually talk about the relationship between climate change, fossil fuels, our continuing irrational exuberance about burning fossil fuels, in light of these storm patterns that we’ve been experiencing.”

Insurers Slow on the Climate Uptake

A recently released report from Ceres analyzed 88 leading U.S. insurers’ policies for dealing with the potential growing risks associated with climate change. The surprising finding is that only 11 of these insurers have a formal policy in place.

While climate change is already altering the industry’s global business horizons and could disrupt the risk models upon which it depends, it also poses great threats to the long term availability and affordability of insurance. The report contains a set of recommendations on how insurers can address issues of disclosure and create shared resources on how to analyze and respond to climate trends.

More on this story: Ceres

There are disturbing signs that the Obama administration already has decided to approve a proposed 1,711-mile pipeline that would carry heavy oil from tar sands in Canada across the Great Plains to terminals in Oklahoma and the Gulf Coast…If that happens, it would be a setback for environmentalists who worked hard to help Obama win the presidency, and three years later have become frustrated with the administration’s lackluster protection of communities, rivers, lakes, oceans, wild lands, air and climate.

Obama has a chance to re-establish his environmental credentials by not rubber-stamping the proposed Keystone XL pipeline, which would carry more than 29 million gallons daily of crude oil from Canadian tar sands to refineries in Oklahoma and south Texas. There are many reasons for caution — and perhaps, ultimately, for rejection of this massive project. (More…)

via Metro Transportation Library and Archive/Flickr

President Obama has abandoned a proposed set of stricter air-quality rules from the EPA that would have significantly reduced emissions of smog-causing chemicals. The announcement greatly angered environmentalists, who called the move ‘a betrayal.’ While Obama claimed unwavering dedication to the EPA and the Clean Air Act, it was disappointing blow that panders to Big Oil at the expense of American health, as ozone, when combined with other compounds to form smog contributes to many diseases such as heart problems, asthma and lung disorders.

The People Doth Protest the Pipeline

This weekend the largest environmental civil disobedience in decades concluded at the White House with hundreds pledging to escalate the nationwide campaign against the new tar sands Keystone XL pipeline. After the president’s decision on ozone standards, the pipeline became the next crucial environmental decision facing Obama before the 2012 election.

Over the two-week sit-in at the White House gates 1,252 Americans were arrested including top climate scientists, Texas and Nebraska landowners whose property would be impacted by the pipeline, actresses Daryl Hannah and Margot Kidder, former White House official and author Gus Speth, author Naomi Klein, and 350.org’s Bill McKibben, one of the protest’s instigators.

Hearing: HR 2250 and HR 2681, House Energy and Commerce’s Energy and Power panel. H.R. 2550 would delay EPA’s waste disposal regulations for boilers and other incinerators, as well as nullify EPA’s boiler rule and others. H.R. 2681 would nullify certain EPA regulations on cement manufacturing and delay future rules for 15 months. 10:30AM, 2322 Rayburn.