Pipelines Part of the American Reality

Environmentalists are relieved to hear that the Obama administration has delayed the decision regarding the Keystone XL pipeline.

But most Americans probably do not know that pipelines already criss-cross our neighborhoods and countryside.

For Susan Connolly of Michigan, pipelines were not a concern before July 26, 2010. That was the day a pipeline burst near her town, spilling oil in the Kalamazoo River.

Here she re-counts what it was like that day and how the river looks today. Thank you to Michelle Barlond Smith for sharing her photos. 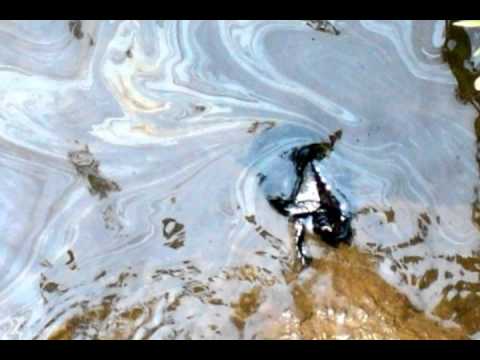 The first night, my son was throwing up. Within a few days, my daughter had a strange rash on her body. A lot of the kids had headaches. There were nose bleeds, migraines, sore throat. Since the kids were younger, it hit them fast…

You could see the oil-covered geese, the deer. People were pulling muskrat, turtles. Another response that they did other than just capture the animals, for weeks you could hear guns being fired, just killing all the deer because they couldn’t rehabilitate them. So you heard that for weeks, day and night…

The entire Kalamazoo River, the whole 40 mile stretch, still needs moderate to heavy work done still. There’s a no contact order that you can’t go anywhere near the river.

Hear more of Susan’s story, such as why she speaks up for those affected by the spill, in an upcoming blog.

Support National Wildlife Federation’s work on to stop dirty fuels and the Keystone XL pipeline at our Choose Your Cause website.