“The Loris” – The other cute movie

Slow lorises are primates found in South and Southeast Asia. They are closely related to the lemurs of Madagascar.

The sheer delight on the face of the slow loris below makes it difficult to imagine he could harm a fly. But slow lorises actually have a toxic bite, a rare trait among mammals. For now, though, this little guy seems happy as a clam…as long as the tickling doesn’t stop! 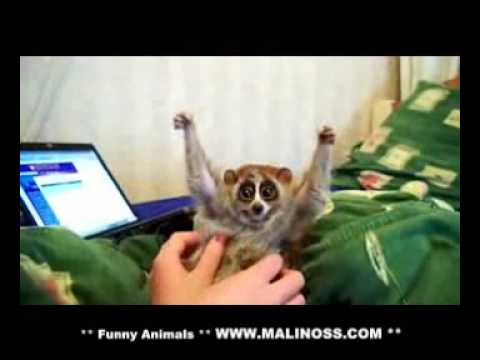 To learn more about the world’s most unusual primates, read Prosimians Find a Home Far from Home.

It is illegal to have a slow loris as a pet. But, you can symbolically adopt a primate including a lemur, marmoset, or baby gibbon, at NWF’s Adoption Center.