“Keep your tar sands in the soil, We don’t want your dirty oil,” was the chant of protesters outside of the Canadian embassy in Washington as they demanded Canada and the U.S. State Department cancel a proposed massive dirty fuels pipeline.

It’s one of several events around the nation today by clean energy advocates, landowners, and indigenous activists who are condemning the risky plan to bring toxic tar sands oil from Canada to the U.S. (See the press release for the full list).

About 100,000 Americans wrote the Obama administration urging it to stop the pipeline, called the Keystone XL, during a public comment period that closed July 2. Following a July 16 deadline for agency input, the administration will determine whether Canada’s pipeline is in the “national interest.” The administration’s final permitting decision is expected this fall.

A group of landowners whose property would be encroached upon by the pipeline is also in Washington, D.C. directly appealing to Obama administration officials and members of Congress to protect their farmland and livelihoods. TransCanada, the company seeking to build the pipeline, has applied for a safety waiver that would allow it to use thinner-than-normal steel.

Last month, NWF released the report, “Staying Hooked on a Dirty Fuel: Why Canadian Tar Sands are a Bad Bet for the United States”. It looks at the dangers of tar sands development both to the Canadian and American environment, and global threat they pose because they emit higher greenhouse gas emissions than conventional oil or gas.

Watch actress and NWF board member Gloria Reuben talk about the dangers of tar sands and the need to stop the pipeline. 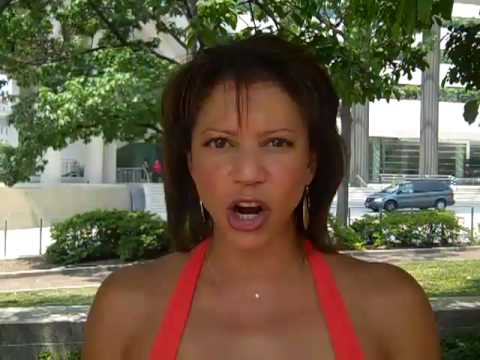