“I Would Be Dead” Without The Colorado Flatirons: Great Outdoors as Lifeline

The centerpiece of yesterday’s Outdoors Alliance for Kids-hosted briefing on reconnecting Americans with the outdoors may have been the announcement that Sen. Mark Udall (D-CO) and Rep. Ron Kind (D-WI) will introduce Senate and House versions of the Healthy Kids Outdoors Act (HKOA) sometime in the next few weeks.

After all, we came to hear WHY we need to reconnect with the outdoors—really, how those eponymous ‘healthy kids’ get that way. And as it turns out, the payoff for being outside more isn’t limited to shedding a few pounds in time for beach season (or, ah, sandbox season, if you’re of the younger set).

Juan Herrera, an Outdoor Nation Youth Ambassador, benefitted from the outdoors, but it had little to do with physical fitness. After losing his father at the age of 9, his mother at 13 and running away from home at 14, he was adrift and hopping from shelter to shelter. With the help of a mentor, he started rock climbing and tapped into a source of adrenaline that rivaled fighting—but made him feel better. Outdoor recreation inspired him to turn his life around, and Herrera now works with inner-city, underprivileged and otherwise at-risk kids to connect them with nature (Herrera: “my biggest paycheck is seeing the smiles on the kids’ faces.”)

Stacy Bare, representing the Sierra Club, also turned his life around. He came back from a tour of duty in Iraq in 2007, rattled and feeling unable to fit in to civilian society. Post-traumatic stress disorder and traumatic brain injuries left Bare deeply depressed, frequently suicidal. When he began to embrace the American outdoors two years later, it reminded him of the armed forces’ physicality, camaraderie and focus—and, in its accessibility to all citizens, proved a tangible reminder of the great democracy he fought for. He found that public lands were “the best form of therapy, and the best veteran’s administration program that’s not yet recognized by the VA, [and] the best youth education system and youth health system.”

“[If it] had not been for climbing the first flatiron in Boulder, Colorado, in the summer of 2009, I would be dead or in jail,” Bare said. He now works with veterans and military families and kids, helping them connect with the outdoors like he did. (He called HKOA “incredibly important.”)

As for getting more people outside, Dr. Thompson was blunt: “This is not something we could do. It’s something we must do.” 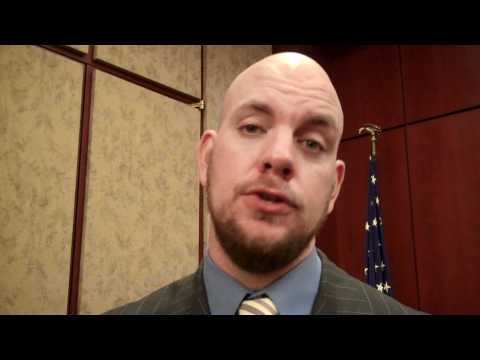 Students and Nature | Be Out There, childhood obesity, Connect to Nature, Fair Climate, Great Outdoors America Week, kids and nature