As parents, we want to make sure our children feel safe and inspired. We want them to embrace life and jump at opportunity.

When terrible things happen in the world, it is challenging to know what to say. In 2010, National Wildlife Federation prepared a guide for parents and caregivers on how to talk with kids about the Gulf Oil Spill. It continues to bring thousands of people to our website because the tips are relevant for other events as well.

Waking up to an Oil Spill

When Susan Connolly woke up to find an oil spill in her community in July 2010, she first had to help her own children. They got sick, and then they had questions. In the video below, Susan says:

My son was only four at the time and now he’s just over five. We don’t talk about it in front of the children but he knows. Just last week they went on a class trip to a fire department and they must have crossed over the Kalamazoo River. The first thing he says to me is “Mommy we went on a class trip today and I saw the oil spill.”… It’s always going to have an impact for him because when we talk about going on a nice river walk, he says, “Mommy are we going to walk in the oil?” That’s how a five-year-old child thinks of his river, as oil. 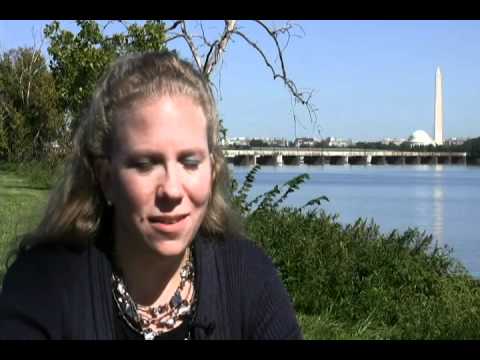 Susan is a busy working mom of two young children, but when the Enbridge oil spill happened right in her community, she could not stand by. Any moment she can after work, after the kids go to bed, she is researching, attending meetings, preparing speeches, getting interviewed by the media and encouraging others in her community to speak up.

Susan came to Washington DC in October 2011 to testify at the Keystone XL hearings about the impact of a tar sands oil spill on a community. She described what it did to her home town of Marshall, Michigan. Houses that were near the river were purchased, but home owners a little farther on were left without compensation, and in a half-empty community. This created tension in a small community.

There are a lot of people who have had settlement agreements with the oil companies, so they can’t speak. It’s pretty much a gag order that once you settle, you can’t say anything. A lot of people with their health are tied up in lawsuits, so of course they can’t speak because of their current litigation. So I have no lawsuits, I’m not going to sue anyone. But I care about the environment. I care about the people. And you just need someone to be able to communicate for everyone, but not be accusatory and not be threatening.

There are events in our lives that change everything. There are moments when we know we must step up because we are the right person in the right time. Certainly Susan would wish that there had never been an oil spill that filled her local stream and river with thick tar sands oil. But she made a choice in how she responded – a courageous choice.

She continues to collaborate with people in her community and the National Wildlife Federation in the hopes of bringing good from this terrible event, whether that means standing up against the Keystone XL pipeline, or helping other communities maintain their pipelines better. This month she attended a conference about pipeline safety, one of the only attendees who was not from government or the pipeline industry. As Susan says:

Suggested Tweet – Courageous mom stands up for her children & community after oil spill http://bit.ly/v1AsMh via @nwf

Another way to show your support is to donate to National Wildlife Federation’s work on to stop dirty fuels and the Keystone XL pipeline at our Choose Your Cause website.