“I care to live only to entice people to look at nature’s loveliness,” said John Muir, and it’s a motto I live by both personally and professionally. As such, I am delighted to take part in the new storytelling video diary series for the National Wildlife Federation. As the California Director for NWF, I am certain I have the best job in the world as I work to protect the  remarkable people, diverse wildlife, and special places of this state. I also feel like the luckiest person alive as I live outside Yosemite National Park and get to wander in the mountains frequently. Bears, bobcats, coyotes, mountain lions, and my favorite animal, the frog, all share my backyard (NWF Certified Wildlife Habitat®of course!) in the Sierra foothills.

So for my storytelling series, I thought I would introduce people to some of the amazing things I experience while living in California. First up, to celebrate today being the official California Poppy Day (April 6th, and I am not making that up-there actually is an official day for the flower), I thought I would begin with a video showing how the spring poppy bloom transforms the landscape near my home into hills of fiery sunshine. The poppy is California’s state flower and is also known as copa de oro (cup of gold), which fits well with the state’s apparent preoccupation with the mineral: California’s nickname is the Golden State, the state mineral is gold, the state colors are blue and gold, and even the state fish is the golden trout.

When strolling among the rainbow of wildflower blossoms, I couldn’t help but think of a few lines from the popular Tom Petty song, “You belong among the wildflowers/far away from your trouble and worry/you belong somewhere you feel free.” For me, that is the gift of nature: she always provides a safe haven, a respite from our worries and cares. It’s difficult not to feel rejuvenated after watching thousands of fiery flowers blowing gently in the wind. 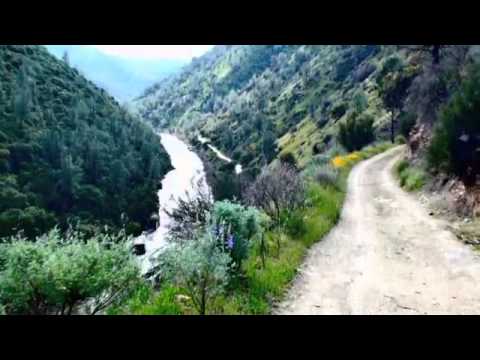 Stay tuned for my next Storytelling Video Diary entry about my backyard frog pond!