As a young girl, I continually wandered the forests and riverbanks near my home in Massachusetts searching for frogs and other wildlife.  I am a part of the last generation to remember a childhood spent largely absorbed in outdoor experience, of coming home after the streetlights flickered on, of freedom-filled days spent exploring the mossy creek beds and fern laden forests, and of climbing sticky pine trees and peering under enticing rocks.

My remarkable parents loved the outdoors and engendered my life-long passion for all things in nature. Mom volunteered as a Girl Scout leader and bravely chaperoned troops of giggling young girls on camping trips. My dad liked marine mammals and brought us on countless whale watching excursions and once drove us to see a beached whale on Cape Cod National Seashore.

Another important guide also helped develop my love for wilderness and wild creatures: Ranger Rick. I devoured every issue of Ranger Rick Magazine, marveling over the photos of the fascinating creatures that roamed this planet. Ranger Rick seemed the obvious extension of a “real-world” animal pal from my well-loved fictional ones like the friendly animals in the Narnia series or Wind in the Willows. I avidly followed Ranger Rick and his buddies on their adventures in nature—they were my allies in wonder.  Even as an adult I still delight in reading the magazine. When I met Ranger Rick in person last year after being hired by the National Wildlife Federation, I felt I had reunited with a childhood friend. 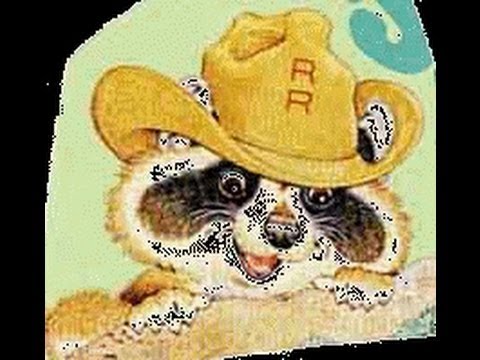 The reverence for nature and curiosity about the natural world inspired by my parents and Ranger Rick led me to seek beyond my backyard explorations. I don’t remember the exact age when I discovered the idea of a “national park,” yet the concept resonated with my young self so completely that national parks acted, then and now, as my north star in life both personally and professionally. One of the most prized volumes on my bookshelf is a tattered hardcover entitled National Parks of the U.S.A. Inside the pages is a list written in faded ballpoint pen naming many parks: Yosemite, Kings Canyon, Yellowstone, Rocky Mountain, and Glacier. I wrote that list as a young girl and I can still remember gazing endlessly at the photographs of granite peaks, roaring waterfalls, and magnificent wildlife, and daydreaming about wandering in those landscapes. I thought, someday, someday…

And someday came. I have been fortunate enough to work in two national parks, Yosemite and Yellowstone, and make my home on Yosemite’s border. My love for parks didn’t just come from gazing at photos of the parks themselves, but also from the wonderful people who work to protect “America’s Best Idea:” park rangers. Park rangers continue to be heroes to me. When I was a child, these friendly heroes instilled in me a love for our national parks. I recall their encouraging smiles and those comforting and crisp green uniforms, and the sense of accomplishment and of pride I experienced participating in Junior Ranger activities, thinking, I, too, am helping to protect these special places. The ranger programs I attended as a child instilled the idea of stewardship in me, the important role I played in protecting parks and all public lands for future generations.

So imagine my delight when one of the first projects assigned to me during my tenure in Yosemite was the writing and redesign of the official Junior Ranger handbook. The nonprofit I worked for, the Yosemite Association (now the Yosemite Conservancy), acts as the official educational partner for the park and assists the National Park Service with funding and support for interpretive programs.  Teaming up with Yosemite’s Chief of Interpretation and a talented group of park rangers, we produced a model handbook illustrated by the late San Francisco Chronicle cartoonist Phil Frank that has connected a whole new generation of kids to Yosemite. What a privilege it was to be able to give back to a program that had influenced me so profoundly.

In one of those lifetime serendipitous moments both important childhood influences, Ranger Rick and Junior Rangers, are joining together. On April 21, I’ll be representing the National Wildlife Federation at National Junior Ranger Day in Yosemite. As part of National Parks Week, the park is hosting a special celebration and park rangers will be helping hundreds of children earn their Junior Ranger badges.  I’ll be marching in a parade alongside Ranger Rick with the newly sworn-in Junior Rangers to honor their achievement.

Truly, of all the work I have done in twenty years of environmental leadership, I consider this the highlight of my experiences—watching hundreds of children being introduced to the wonder of nature and committing to being stewards of our national parks and natural world. While watching them, I’ll have the satisfaction of knowing they have been given the precious and enduring gift of the absolute joy and wonderment that comes from nature opening your imagination. And I know that Ranger Rick and the Junior Ranger program will have played a role in instilling that joy and awe –just as they did to me as a young girl.

Get your kids started along nature’s path with a subscription to Ranger Rick Magazine.
Get Outside, Students and Nature | National Parks, Ranger Rick