The EPA is poised to finalize a rule restoring Clean Water Act protections to many of America’s streams and wetlands. But before this rule can protect us from pollution, the rule must first survive the new Congress. On Wednesday, February 4 this proposal–and the science behind it–will be under attack during a rare joint congressional hearing. If this rule is passed, then fair and consistent safeguards will once again protect our drinking water supplies—our nation’s rivers, streams, wetlands and lakes.

Photo by U.S. Fish and Wildlife Service Pacific Southwest Region captured this photo of an otter being silly.

Over the summer in Toledo, Ohio, the entire town was without drinking water for two days. Water pollution fed a toxic type of algae that turned Lake Erie pea green and made the water utterly unusable, not even for bathing or washing.  And this type of toxin actually worsened when boiled. More recently, in a West Virginia community, diesel oil spilled into a ditch, then to a small stream supplying drinking water to the community.

A restored Clean Water Act would help prevent these situations—or at least allow for better enforcement when transgressions did occur—making drinking water safe for more than one-third of Americans.

#2 You Play in Water

Does your kid or dog love to play in water? Toxic algae can be deadly to dogs —as well as kids and people. Environmental investigators recently issued a warning for the Pacific Northwest’s beautiful Lake Washington after toxic algae blooms were discovered in some parts of the lake. That’s one reason public health organizations are supporting the rule under attack in Congress. One of the organizations is the Children’s Environmental Health Network, underlining in their comments to the EPA the vulnerability of children to toxic chemicals, and the importance of passing the clean water rule to protect public health.

Beer is 90 percent water. Brewers across the country—from small brewpubs to larger companies like Sierra Nevada and Goose Island—have put down their pints to rally in support of clean water. “Clean water is important to our product,” said Jen Vervier at New Belgium. If we want good beer, then we must protect clean water. 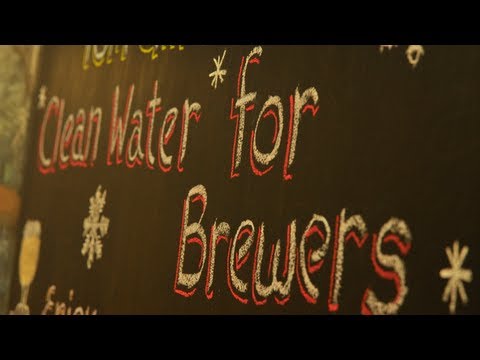 Ordinary Americans are the ones that are most directly impacted if the clean water rule proposal is not finalized successfully. More than 1,000 peer-reviewed scientific studies demonstrate the important connections among streams, wetlands, lakes, rivers, and bays – and the critical need for the Clean Water rule to protect these waters for drinking water, for the economy, and to provide a home to wildlife.

Puget Sound, the Yellowstone River, Lake Superior, Lake of the Ozarks, Lake Champlain, the Chesapeake Bay, the Suwannee River: We all have our special places that we believe are important to conserve for future generations. A stronger Clean Water Act would help prevent these outbreaks in some of our favorite places. Wildlife depend on these places too. Migratory birds depend on healthy wetlands and waterways, and fish cannot survive and thrive when big polluters have free rein to dump waste into our streams. In the U.S., over 60% of stream miles that are seasonal or intermittent are more vulnerable to pollution risks. In a state like Minnesota, more than half of the state’s stream miles are in headwaters. One example is the Whitewater River basin in the south east part of the state known for outstanding trout fishing. Without protections, the trout fishing opportunities in Minnesota and elsewhere would be in jeopardy.

Sending a tweet to Senators before and during the hearing is essential to make sure they hear the many voices for clean water. IF YOU TWEET, THEY WILL GET THE MESSAGE! The voices of ordinary everyday Americans like you are the voices that matter. By demonstrating a united front and joining forces on social media we can protect clean water for years to come.

To Protect Clean Water, tweet Senators who will be considering strengthening the Clean Water Act through the EPA’s proposed protections.