Fines, Civil Fines, and Statistics around the BP Oil Spill

Just how much oil is spewing into the Gulf of Mexico daily? Who’s gonna foot the bill? What, exactly, will they be paying for, and how much? It seems like BP had their answers to those questions worked out weeks ago. Now, the government is taking a closer look. as a result of the Deepwater Horizon crisis, the three questions up top have taken center stage.

Backpedaling by corporate higher-ups to the contrary–Where did you hear that? Well, it wasn’t from us!–it seems the old 5,000-barrel-per-day leakage figure was first floated by BP officials in interviews with many publications in mid-May, according to the Houston Chronicle.

Subsequent reports that BP was collecting that much per day via emergency insertion tube while live video showed much of the oil still gushing freely cast doubt on the claims.

More recent estimates have ranged from 70,000-95,000 barrels a day, and even BP’s own executives admit they don’t know how to measure the spill.

Those initial lowball estimates, by the way, would have saved BP “millions of dollars in damages when the financial impact of the spill (was) resolved in court,” according to legal experts. Funny how that works.

As it turns out, BP may actually be on the hook for quite a bit more:

“A clause buried deep in the U.S. Clean Water Act may expose BP and others to civil fines that aren’t limited to any finite cap–unlike a $75 million limit on compensation for economic damages. The Act allows the government to seek civil penalties in court for every drop of oil that spills into U.S. navigable waters, including the area of BP’s leaking well.

As a result, the U.S. government could seek to fine BP or others up to $4,300 for every barrel leaked into the U.S. Gulf, according to legal experts and official documents.

Of special interest is the heretofore under-discussed possibility of civil fines. Most of the culpability talk has centered on compensation for devastated fishing communities and the cost of attempting to clean up the shattered Gulf ecosystem. If the CWA clause, which was added in the wake of the Exxon Valdez spill to deter corporate inattention, holds for the BP disaster, the EPA would be able fine “any party whose negligence results in an oil spill in U.S. federal waters”:

The basic fine, according to the act, is $1,100 per barrel spilled. But the penalty can rise to $4,300 a barrel if a federal court rules the spill resulted from gross negligence.

With a huge price tag looming in dollars, livelihood lost, and indefinitely soiled wetlands, it is more important than ever that we get a full and accurate impression of the extent of the leak…and that the impression not come from the guys with the checkbooks. NWF CEO Larry Schweiger, testifying recently before the House Transportation & Infrastructure Committee:

The Gulf of Mexico is a crime scene and BP cannot be left in charge of assessing the damage or controlling the data from their spill. The public deserves sound science, not sound bites from BP’s CEO. 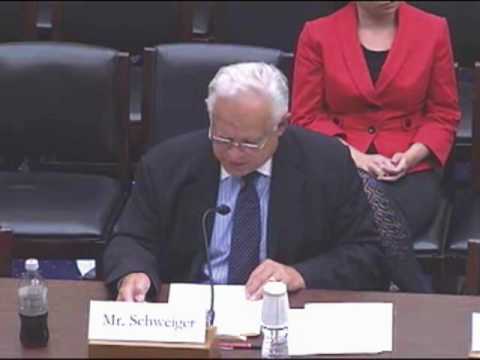 For all the latest news on how the oil spill is impacting the Gulf
Coast’s wildlife and to learn how you can help, visit www.nwf.org/oilspill.