John Kostyack   |   October 25, 2010
As a former Florida resident, I was thrilled to see the activism around clean energy and the elections that is happening at Florida Gulf Coast University in Fort Myers.  These students completely get it. 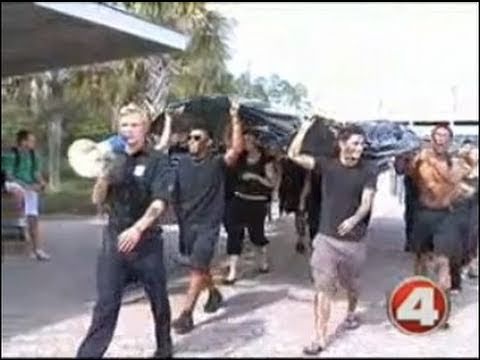 I cannot recall an election where the choice between a clean energy and dirty energy future has been so stark as the one taking place next week.   Although energy is not necessarily the main focus of the debates, you can tell that the fate of our energy future is on the line by following the money.

Oil companies are spending millions of dollars to influence next week’s elections.  A report released this weekend from Climate Action Network Europe shows that a significant chunk of this money comes from foreign corporations, specifically European oil companies.    What do these foreign companies expect to get in return for their investment in our elections?  The report shows a consistent pattern in giving:

The European companies are funding almost exclusively Senate candidates who have been outspoken in their opposition to comprehensive climate policy in the U.S., and candidates who actively deny the scientific consensus that climate change is happening and is caused by people.

In other words, Big Oil and its allies are trying to stymie the nation’s shift toward clean energy solutions and to keep us mired in our dependence on fossil fuels.  So the choice is clear – get out and vote for the candidates promoting a clean energy future and against the fossil fuel dinosaurs.