As the chants of “Drill, baby, drill!” get louder and louder and politicians thunder from their pulpits about putting oil rigs back in action, let’s not forget what it all means for the men and women who work on them.

Chris Jones knows exactly what it means.  His brother Gordon was an engineer aboard the Deepwater Horizon, one of the 11 men who died in the massive blowout.  Chris, Gordon’s wife Michelle, and the rest of the Jones family were left with a gaping hole in their lives and a pain which has yet to heal over. 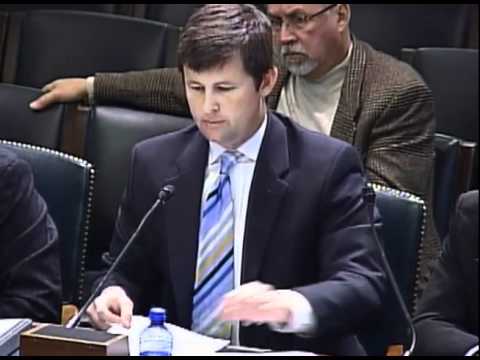 Last week Chris testified before the House Natural Resources Committee.  He listened quietly as Rep. Doc Hastings and others railed against the slow pace of offshore drilling since the disaster, but when it came time for him to speak he gave a reality check that quieted the slogans, if only for a minute.  I urge you to watch the video—it’s a powerful reminder of the true costs of our energy production.

He talked about Michelle, who was 8 months pregnant with Gordon’s second son at the time of the explosion, and about the industry’s single-minded focus on profits.  “I promise,” he told the committee, “that spending one day in my shoes, or in Michelle’s shoes, will give you an entirely different perspective on the topic of worker safety.”

The Deepwater Horizon on fire (photo: US Coast Guard)

He pointed out the fact that the new Republican majority in Congress has all but turned the page on legislative action, even though these reforms are desperately needed.

“I’m from Louisiana and have lived in Louisiana all my life—no one needs to tell me the importance of the oil industry to my state. […]  However, as Gordon’s brother, and uncle to two little boys who won’t even remember their father, I plead with you to consider the repercussions of not ensuring the safety of these workers before allowing BP and others to keep doing business as usual.”

Rig workers, Chris said, “shouldn’t be forced to choose between providing for their families and working on a rig where safety, not speed, is what is most important.”

“I find it interesting how hard the oil industry is working to get back into the Gulf.  BP and others want to put this disaster behind them.  Meanwhile, no one with BP has bothered to place a single phone call to anyone in my family—not once.  I don’t expect a profuse apology for widowing my brother’s wife or killing the father of my nephews.  I don’t expect them to accept responsibility for Gordon’s death because that would likely be asking too much.  All we expected was for someone from BP to call and tell us they were sorry for our loss.  Maybe they were too busy hiring public relations firms and producing commercials.  Clearly they were too busy moving forward trying to continue drilling and making more money while we were left to pick up the pieces.”

BP and Rep. Hastings may have moved on in the wake of the disaster, but the families of the Deepwater Horizon victims are still waiting for closure, or at least the assurance that their tragedy won’t be repeated.  And they’re not the only ones—the spill took a harsh toll on sea turtles, brown pelicans and other Gulf wildlife, and crippled the Gulf fishing and tourism industries for months.  All because BP and Halliburton couldn’t be troubled to protect their workers.  The “Drill, baby, drill!” crowd shouldn’t forget whose side they’re on.

Learn more about the National Wildlife Federation’s response to the Gulf oil disaster at NWF.org/OilSpill