A Pika Running Over my Foot, Misguided Frog Mating, and Other Lurid Tales from a Hike in Yosemite

“Bully!” as Teddy Roosevelt would have exclaimed, seems the most appropriate way to describe my perfect day hiking in Yosemite National Park last week. I wandered for an afternoon in the Gaylor Lakes basin (Tioga Country is my favorite place on earth), marveling over the abundant, late season snowpack that still covered most of the region while enjoying the constant melody of running water that accompanied me during my hike. Yosemite is usually alive with water in the spring, but this display of turbulent creeks and roaring waterfalls is unusual for late July.

I also counted myself lucky with wildlife sightings, although I am still adjusting to being forced to downgrade my expectations in the Sierra after having just returned from three years of living in Yellowstone where I encountered charismatic mega-fauna on a daily basis. I miss the wolves, but I’ve had no better wildlife encounter than on this hike when a pika—an animal I cherish seeing in the high country—ran over my foot. My friend, the naturalist Jack Laws, who I have often scrambled up boulders with in the high country searching for these remarkable creatures, claimed when I related the story to him that it was the pika’s way of welcoming me back to the Sierra.

Discovering a well-populated frog pond, however, certainly qualifies as the highlight of the day (along with observing some “misguided” frog mating—see photos below), as I am a well know frog-o-phile. For most of the day, running water and the boisterous call of the Clark’s nutcracker dominated the soundscape, but as I descended down the basin to lower Gaylor Lake, suddenly I heard the distinct and very loud call of the Pacific chorus frog. Music to my ears! And did I hit the frog jackpot. I spent a couple of hours taking photos and filming these little guys as they swam and sang. A couple hiking Roper’s Sierra High Route stopped to listen when they passed, along with another couple, one who taught biology and who was delighted at the sight of all the frogs.  To paraphrase Austen, it is a truth universally acknowledged, that people just love frogs.

I’ve shared some photos and video from my bully day below. For more photos, visit the National Wildlife Federation’s California Facebook page.

The pika who ran over my foot poses for a photo. (Photo by Beth Pratt)

A marmot surveys the scene (Photo by Beth Pratt) 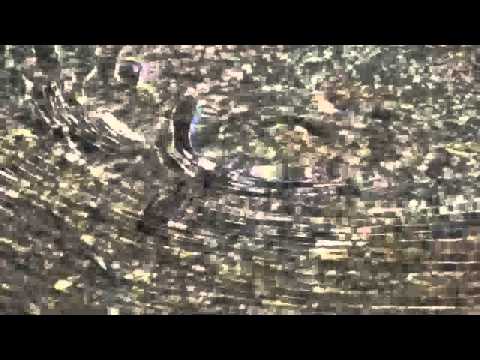 Video of Gaylor and Granite Lakes 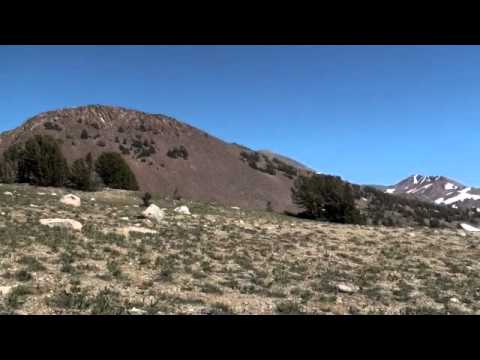