Video: Tell Heartland to Keep Climate Denial and Bogus Controversy Out of Our Schools

In a recent fundraising appeal and petition, The Climate Reality Project released a short video (see below). In it, some precocious kids tell us what they’ve been learning: 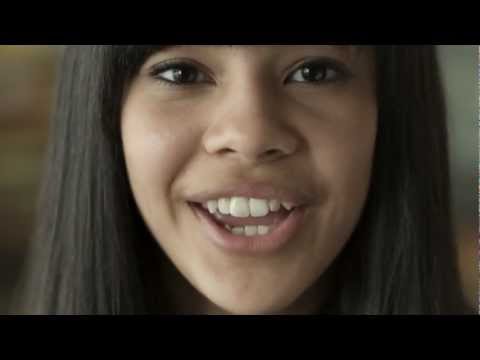 “Human activity isn’t changing the climate…CO2 is harmless!…People can’t change the weather…A scientist will say anything if you pay them.”

Then, the coup de grace: “Of course it’s true. I learned it in school.”

Climate Reality is referring to the coal, oil and auto industry-funded Heartland Institute’s plan to “change the science taught in our public schools” by way of an under-development curriculum that purports to teach that climate change is scientifically “controversial.” Climate Reality asks: “Is the truth really for sale?” NWF and other organizations have posed similar questions in the last few weeks, only to be bombarded with cease-and-desist letters and vague threats.

To the untrained eye, Heartland is spitting in the wind. After all, American education is getting greener all the time. Witness the State Board of the Maryland Department of Education’s landmark new policy requiring high school students in the state to attain a basic level of environmental literacy before graduation, or the inclusion of environmental education provisions in an amendment to the reauthorized Elementary and Secondary Education Act (ESEA), marking the first time environmental education has been formally included in federal K-12 education policy. More significant still are the purely elective efforts, evidenced by an increase in environmental science Advanced Placement exams and ‘greening’ recognition across geographical and political lines (34 states have now opted in to the U.S. Green Ribbon Schools Award, and half of them have Republican governors and are generally viewed as ‘red’).

But Heartland didn’t get where it is by scrapping for half measures or lost causes. The “climate controversy” plan is actually incredibly canny—and highly cynical. Heartland senses that the decision-makers of generations to come are getting informed and chooses to exploit that awakening: sowing doubt under the pretense that more information, no matter the source, necessarily means a fuller understanding.

Basically, just as schools, teachers and students alike are starting to seek a clearer picture of how the world works and how they affect it, contrarian shysters are scrambling to smear the whole thing with Vaseline.

NWF cares about this issue. We support federal environmental education programs, many of which are in jeopardy. We are the U.S. host for the prestigious Eco-Schools program, which certifies schools that green their physical structures and curricula. We can use your help in making sure that America’s environmental education renaissance doesn’t drown in misinformation posing as legitimate “curriculum.”

For more information on environmental education, check out Eco-Schools USA’s Climate Change pathway on incorporating global warming education into the curriculum in a practical and instructive way. You can also see the Guidelines for Excellence developed by the North American Association for Environmental Education or the reworked  Framework for K-12 Science Education, from the National Academies’ Board on Science Education.