Thanks in part to National Wildlife Federation’s mission to restore bison to the American West, bison are making a comeback. With conservationists like Jim Posewitz, who work every day for wildlife, bison restoration efforts continue to bring bison back to their native lands. At the 2015 National Conservation Achievement Awards Gala on May 14, 2015, National Wildlife Federation will present the Conservationist of the Year Award to Jim Posewitz, for his leadership and support of NWF’s conservation efforts.

A Montana activist, hunter, author and promoter of hunter ethics, Jim Posewitz or “Poz” as he is also known, tirelessly advocates on behalf of sportsmen for the importance of preserving and protecting wildlife and wild places. Most recently, Mr. Posewitz has worked closely with National Wildlife Federation to have bison restored to the 1.1-million-acre Charles M. Russell National Wildlife Refuge in northeastern Montana. 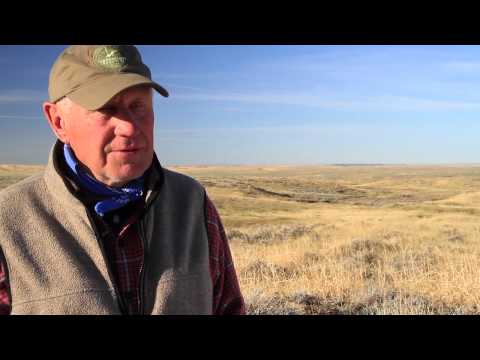 To learn more about Mr. Posewitz’s great conservation work, hear him speak at the National Conservation Achievement Awards on May 14.

Mr. Posewitz has served as the Executive Director of both the Cinnabar Foundation and Orion, The Husters’ Institute. He also worked for the State of Montana’s Department of Fish, Wildlife & Parks for over 30 years, after receiving his Bachelors and Masters of Science from Montana State University.

Join NWF in honoring Jim Posewitz at the National Conservation Achievement Awards (now famously known as the Connies), on May 14, 2015 at the Ronald Reagan Building in Washington D.C and meet this exemplary conservation leader.

11 Years After the Deepwater Horizon Oil Spill and a…

PFAS and the Great Lakes: The Need for Binational Action

Garden Habitats, Get Outside, Students and Nature, Wildlife Facts

Learn About (Not So) Scary Backyard Wildlife

A Statement from Our Chief Executive Officer

Quiz: Can We Guess What Animal You’d Be Based on…

Quiz: Can We Guess What Animal You’d Be Based on…