By Washington, DC standards this is high drama.  A close vote is expected that sets the stage for whether the government can move aggressively to rein in global warming pollution.

On one side is Big Oil and their Senate surrogate, Senator Lisa Murkowski.  She’s got a letter from 68 oil barrons backing her on their desire to pollute to their hearts content. A June 8 letter obtained by Wildlife Promise tells her the National Petrochemical Refiners Association – Big Oil more or less – wants to offer their utmost support in her efforts to blow a hole in the Clean Air Act and stop action to rein in global warming.

On the other side is 71 PERCENT OF AMERICANS who support government action to regulate global warming pollution. And oh yes, the White House has promised to veto her resolution, S J Res 26, should it somehow pass. The poll number was released by the Washington Post today.

You can help. Take Action Now.

Update by Miles — Check out this video of a Big Oil Bailout protest on Capitol Hill on Wednesday, featuring NWF interns Natalie Chin & Maggie Germano starting at the 1:15 mark: 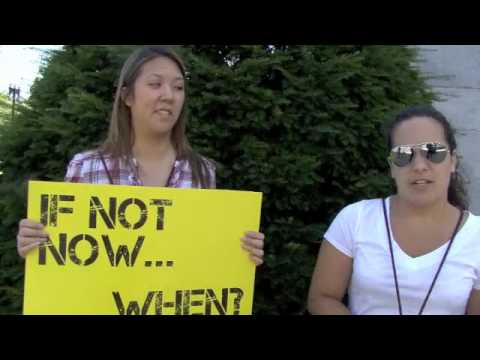