Here in the Washington, DC area, we’re experiencing our second brutal heat wave of the summer — and summer’s only a few weeks old. As NPR reported, it’s part of a national pattern: “Over the weekend, temperatures pushed into the 90s from Maine to Texas and into the Southwest and Death Valley.” While it’s important to emphasize the difference between weather (short-term, lots of variation) and climate (long-term, more predictable), in this case the patterns match up — 2010 has been the hottest year on record so far.

Longer, more intense heat waves are exactly what climate scientists have been warning as a consequence of our warming world. The National Wildlife Federation issued a report last summer on the connection between Global Warming & Heat Waves. Here’s a short video with NWF’s Dr. Amanda Staudt detailing its conclusions: 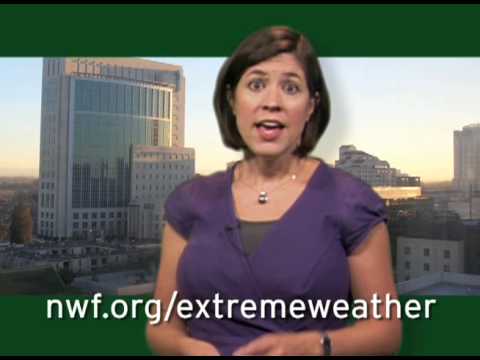