The media is used to presenting news in a he said/she said format – controversy makes for more compelling storytelling. But the current clarity in climate science is straining that model.

Study after study speaks in a loud, clear voice – our climate is warming, man-made pollution is to blame, and we need to move quickly to break our fossil fuel addiction to have any chance at stabilizing the forecast. Just this week, the World Meteorological Organization confirmed 2010 tied for the hottest year on record. Scientific debate centers not on whether our climate is in crisis, but by how much and how rapidly our planet is heating up, and exactly what the impacts of that will be.

ABC News recently did a great job of putting recent extreme weather into perspective – not setting up false controversy, but simply presenting the facts: 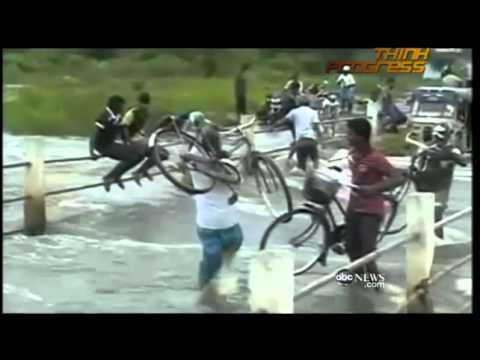 And it’s not just that we’re seeing changes now. “The prospects are that these kinds of things will only get bigger and worse in the future,” says Dr. Kevin Trenberth, head of the Climate Analysis Section at the National Center for Atmospheric Research. Read an interview with Dr. Trenberth conducted by Joe Romm of ClimateProgress.org.

Unfortunately, for every straightforward report like ABC’s, there’s another that trips over itself to soften science. From CNN.com:

It stands to reason that a warmer climate would lead to warmer ocean temperatures, thus enhancing the rainfall brought about by El Nino/La Nina even further.

Some studies have shown this relationship, but like other climate change studies, the results are based on a limited and somewhat unreliable data record.

I’m by no means questioning this particular meteorologist’s personal commitment to science. But this is why the public doesn’t get that the climate crisis is an urgent problem in need of decisive action. He takes some uncertainty in a narrow area – how global warming is impacting El Nino & La Nina in the South Pacific Ocean – and suddenly & without explanation applies it to the entire scientific concept of carbon dioxide as a greenhouse gas.

Have you seen examples of really good (or not so good) climate science reporting? Share them with us in comments below.