Why would President Obama’s rejection of the Keystone XL tar sands pipeline cause oil prices to FALL? You have to wonder what Big Oil is more worried about: That it won’t be able to sell the oil to China, or that America might finally be serious about breaking its oil addiction.

In the past, Midwestern refiners paid more for oil than their counterparts in Texas and Louisiana because oil had to be shipped north.

Recently, though, these refiners have gotten a break as Canadian output has increased. Oil now flows south, not north. Midwestern refiners can save significant sums, savings that ultimately get passed on to consumers.

Executives at Canadian oil companies want to end this discount. They propose building the Keystone line to go around Midwest refineries.

Build the Keystone XL pipeline to refineries on the Gulf Coast and suddenly oil companies don’t have to keep selling it at a discount to drivers in the Midwest – they can just put it on the global market and ship it to the highest bidder in China or anywhere else. Verleger estimates building Keystone XL would result in Americans paying $5 billion more every year, not just in higher gas prices, but in higher production costs for food and other goods. That’s why Cornell University researchers actually say Keystone XL would result in a net loss of American jobs.

National Wildlife Federation Senior Vice President Jeremy Symons broke it down in very simple terms in testimony to a Congressional committee last May. Skip ahead to 1:37 of this clip: 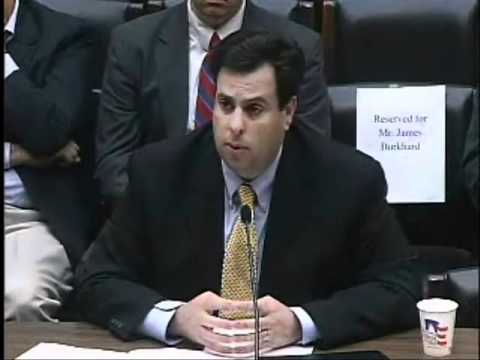 That’s why oil prices falling in the wake of Keystone XL’s rejection was such a big tell, a tip of Big Oil’s hand. If Keystone XL was really about energy security as its supporters claim, wouldn’t its rejection create more insecurity and a rise in oil prices?

The rejection of this Keystone XL permit is a major victory not just for conservationists but for the Nebraska families worried about their drinking water and landowners threatened with having their property rights stripped by TransCanada. “The National Wildlife Federation’s 4 million supporters from across the political spectrum believe that clean water, wildlife and the rights of American families should come before the power of big oil companies,” said NWF’s Larry Schweiger.

But while we’ve won this battle, you can bet this war isn’t over. Big Oil spent $110 million on lobbying in 2011 alone and its top lobbyist has already threatened President Obama with political payback.