The World Series returns to Fenway Park tonight with the Boston Red Sox leading the St. Louis Cardinals 3-2. I live in Fairhaven, MA and I’m blogging right now with my Jason Varitek jersey on. With just one win, the Red Sox and their fans could celebrate a World Series win at home for the first time since 1918. The nation’s attention is turning to Fenway at a time when more and more Bostonians are asking this question: Can Fenway Park survive if we don’t cut carbon pollution now?

A Diamond in the Marsh

The 101-year-old Fenway Park is named after The Fens, a saltwater marshland around the Muddy River. Parts of the neighborhood, like much of downtown Boston, were built on filled-in marshy areas. That’s led to several problems:

And that’s before we consider that floods are now being made worse by heavier rainfalls and climate change-fueled sea level rise.

“The effects of climate change are real and they are here now,” said ELM Action Fund President George Bachrach. “Boston narrowly dodged a bullet when Sandy hit last year, but eventually a superstorm will hit our city, flooding our hospitals, schools and the MBTA.”

According to the Boston Harbor Association, Sandy’s storm surge could have flooded more than 80 million square feet of the city if the superstorm had hit Boston just five and a half hours earlier at high tide.

Keep in mind Sandy’s center came ashore in New Jersey, hundreds of miles to the south. This video shows the potential damage from a direct hit: 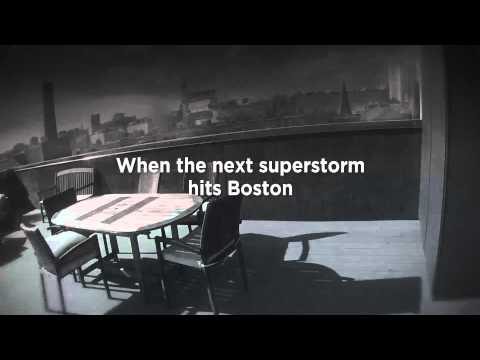 See more photos at the Environmental League of Massachusetts Facebook page (and give them a like while you’re there). You can also use this interactive tool designed by StorageFront.com to see what some Boston landmarks would look like with varying amounts of sea level rise and storm surge.

So tonight, I’ll be rooting for the Red Sox from my couch – I’d rather be at Fenway, but I couldn’t find $1,000 in the couch cushions. But I’ll also be rooting for our elected officials to take action on cutting carbon pollution so we can protect Fenway Park for generations to come.